Now that he's got the job done, he needs a job 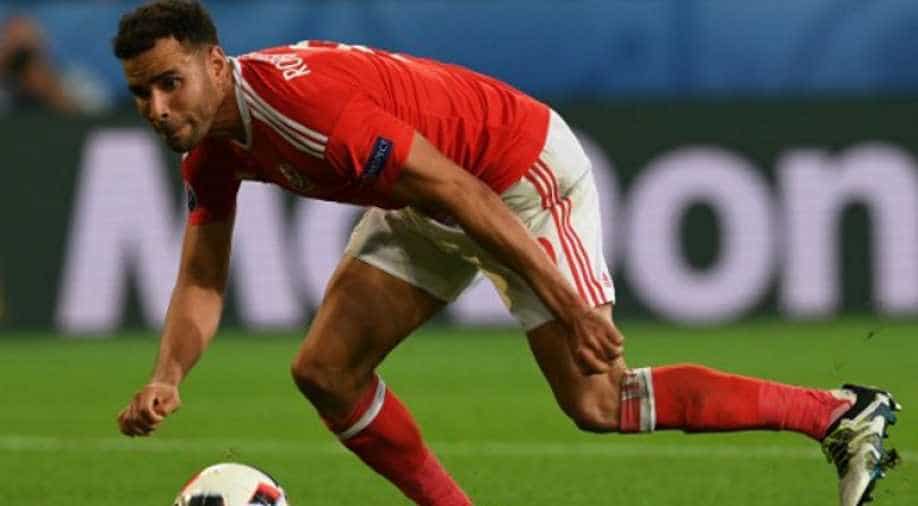 Follow Us
Hal Robson-Kanu put Wales into a major tournament semi-final for the first time in their history with a superb goal on Friday but he has a challenge beyond facing Portugal -- finding a new club.

On the day his contract expired at English second-tier club Reading, the 27-year-old striker got a boost for a CV that a month ago looked like taking him nowhere fast as he battled an ankle injury to even make the Euro 2016 squad.

"I've been at Reading for 12 years, have given them a lot of service and have been very loyal," Robson-Kanu, who got Wales' second goal in a shock 3-1 win over Belgium, told reporters of his decision to quit the team that signed him as a schoolboy.

"During the course of the season, I've made the decision to run my contract down and take my future into my own hands," he said, adding that a move would be good for his family's future.

That future can surely take him to grander surroundings than Reading's Madejski Stadium.

Robson-Kanu saved the day as he braved early Belgian onslaught

Robson- Kanu was man of the match on Friday for a performance that included a Cruyff-like shimmy with his back to goal that opened up the space for him to give Wales a 2-1 lead in the second half after they had gone behind in an early Belgian onslaught.

"The ball's coming to my feet," the matter-of-fact Londoner said of the cross he received from Aaron Ramsey. "I was able to turn in the box and put it in the back of the net," he added.

Wales coach Chris Coleman had nothing but praise for a player who a month ago looked as if he wasn't going to make it to France after a late ankle injury put him in doubt.

After a battle to get fit, Robson-Kanu repaid Coleman's confidence, scoring the late winner in a 2-1 group victory over Slovakia that set the dark horses on their way.

"I was delighted he got the goal because he nearly didn't make the tournament," Coleman said and added, "He worked his socks off to get into shape ... Hal was up for everything."

"He was looking for a battle. He's a defender's nightmare," the Wales Coach asserted.

His next stop is a date with Portugal stopper Pepe in Lyon on Wednesday when Robson-Kanu thinks the Welsh can continue their dream run and reach the final in Paris.