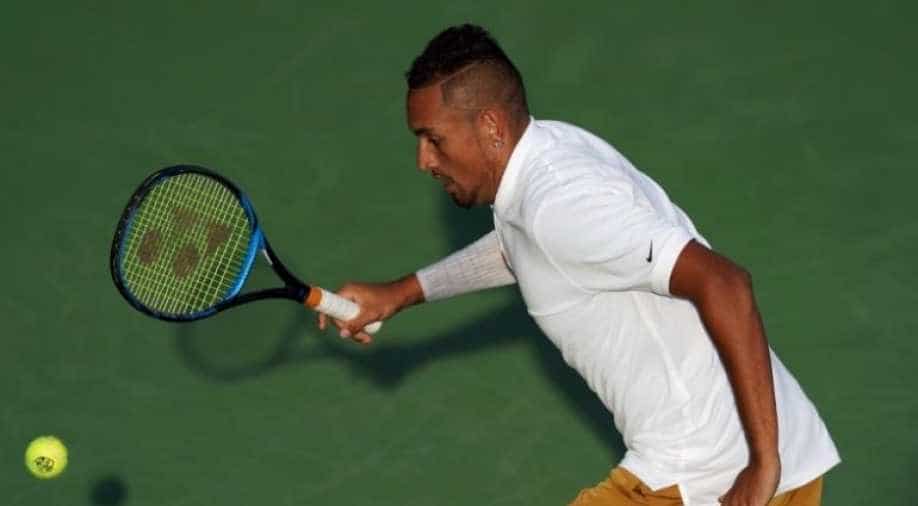 Nick Kyrgios has been fined $113,000 by the ATP for arguing with the chair umpire and smashing two rackets during his second-round loss at the Cincinnati Masters on Wednesday.

"In addition to the on-site fines, the ATP is looking further into what happened during and immediately after the match to see if additional action is warranted," the governing body said in a statement.

"That could result in an additional fine and/or suspension."

The fine represents 10 per cent of the Australian's earnings for the year in which he has won two titles -- the Acapulco International in March and this month's Citi Open in Washington.

A suspension could impact his ability to compete at the US Open although it is unclear whether the tournament organisers would honour the suspension if it is handed down.

Kyrgios clashed with umpire Fergus Murphy in the second set of the night match against Russian Karen Khachanov, accusing Murphy of starting the shot clock too early.

He was ultimately issued a point penalty at the end of the second set tiebreak for insulting the Irish umpire and shouted that Murphy was "the worst ref ever."

"Every single time I play he's doing some stupid (expletive)," he bellowed.

The 24-year-old then left the court for what he deemed a bathroom break, despite protests from Murphy, and television pictures showed him smashing two rackets in the tunnel.

He had clashed with the Irish official two weeks ago at the Washington Open and was also fined by the ATP after being embroiled in an expletive-ridden rant with Murphy at the Queen's Club Wimbledon warm-up tournament in June.