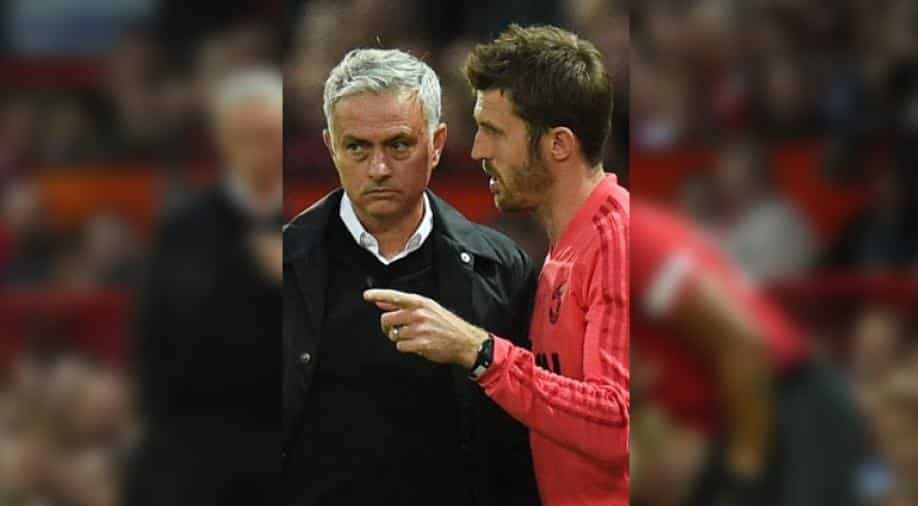 Manchester United coach Michael Carrick says Jose Mourinho is in an elite group alongside Alex Ferguson as one of the greatest managers of the past 30 years despite his current problems at Old Trafford.

The former midfielder, 37, took up a coaching role at the end of last season after a distinguished playing career at West Ham, Tottenham and United.

Mourinho will be hoping last weekend's thrilling 3-2 comeback win against Newcastle sparks a revival after a dismal run of results saw United slip well off the pace in the Premier League and exit the League Cup.

Carrick told Britain's Press Association that the most striking thing about the Portuguese boss was his track record in winning trophies over many years.

"He's managed to win trophies at United," said Carrick. "We're striving now to get back to it, but as a manager you can't hide from the fact about what he's done. It's up there with the very best.

"Fortunately for me, you look at the best managers over the last 25-30 years. You're picking the top three, top five -- two of them you'd say Jose or Sir Alex are right up there.

"I've been lucky enough to experience that and take what I can from both of them."

Carrick is hoping to become a manager in his own right and said he was trying to "learn from the great Jose Mourinho at close quarters".

"You look at Frank (Lampard at Derby) and I know Stevie (Gerrard) has done a year with the younger lads at Liverpool, but he's gone straight in at Rangers and it looks like it comes natural to them.

"I'm in my position as I am at the moment and it feels good for me, so we'll see what the future brings."