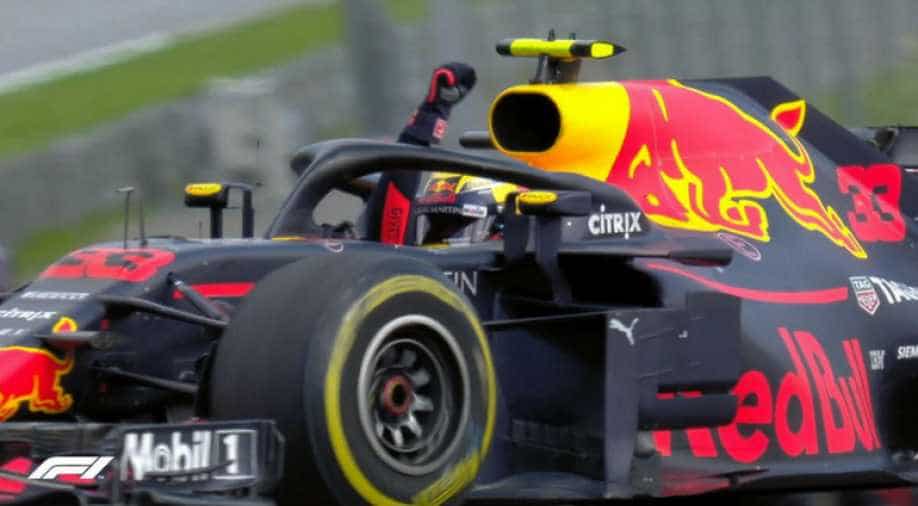 Formula One driver Max Verstappen of the Netherlands (Red Bull) earned his fourth career win on Sunday at the Austrian Grand Prix, while both of Mercedes' drivers were forced out due to mechanical problems.

Kimi Raikkonen of Finland (Ferrari) came second, ahead of his German teammate Sebastian Vettel, who regained the overall lead from Lewis Hamilton of Britain (Mercedes).

"To win around the Red Bull Ring with all the Dutch fans here is incredible. Today was definitely a very good day," Verstappen said in an interview posted on Formula One's official Twitter.

"We still need in general more horsepower to be able to really fight every single race, but yeah, we keep working hard," he added.

The disastrous double-retirement for Hamilton and his teammate Valtteri Bottas of Finland ended Mercedes' four-year domination at Spielberg.

Fernando Alonso of Spain (McLaren)¡ who had to kick off the race from the pit-line after changing the front wing on his car, finished in the eighth spot, earning points for the first time in four races.

Hamilton led the race from the first corner after overtaking Bottas, who retired in the 15th lap with hydraulic pressure problems.

Bottas' issues caused more bad news for Mercedes, as while Hamilton's rivals changed tires during the virtual safety car period, his team opted not to, which ended up costing him the lead when the race resumed.

Amid high temperatures, the drivers struggled with tire degradation, and Hamilton was unable to attack due to blistering.

"I don't know what to say to you guys, these rears are not going to ØØØØØØØ last!" Hamilton told his team over the radio, according to Formula One's Twitter.

Unbelievable! Thank you so much @redbullracing for the amazing car and strategy, and the Orange army for the incredible support ?? This win will stay with me for the rest of my life #unleashthelion #keeppushing #AustrianGP pic.twitter.com/Y2Cub0Rfu3

"We are back in the game", says @Max33Verstappen#AustrianGP ?? #F1 pic.twitter.com/uSWk4BW3Lo

Hamilton made it to the 63rd lap before pulling out after losing fuel pressure.

In the final stretch, despite Verstappen's tires going to the limit, the Dutchman managed to clinch his first Austrian GP win.