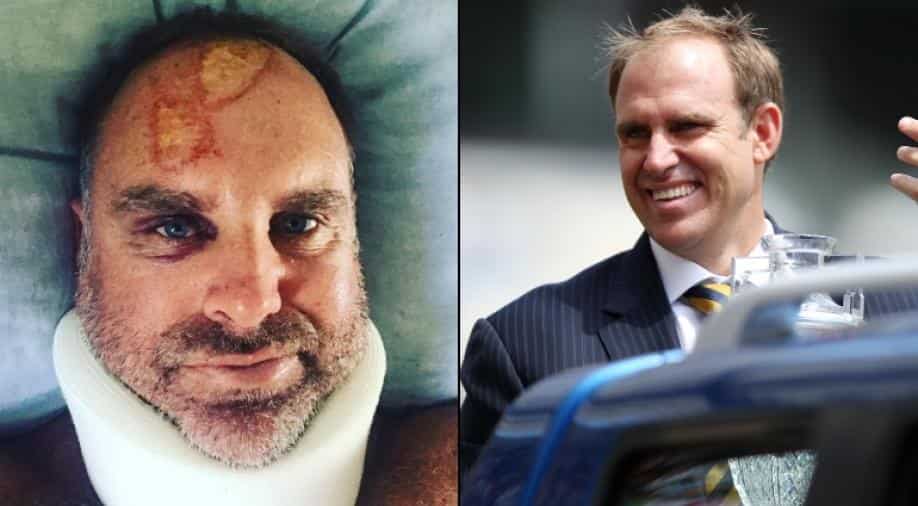 Hayden fractured his spine near the base of his neck, tore several ligaments and hurt his forehead.

Australian great Matthew Hayden said he had "dodged a bullet" after suffering head and neck injuries. He also thanked everyone and mentioned that he is on the "road of recovery".

Hayden fractured his spine near the base of his neck, tore several ligaments and hurt his forehead after being dumped into a sandbank while surfing with his son Josh off North Stradbroke Island in Queensland on Friday.

"Fractured C6, torn C5, C4 ligaments safe to say I truly have dodged a bullet," Hayden wrote in an Instagram post beside a photo of his battered face.

"Thank you everyone. On the road to recovery."

Ok. Last attention seeking post I promise. Just wanted to say a big thank you to all our mates on Straddie who have been so supportive.✅🏄🏽‍♂️🙏 Especially Ben & Sue Kelley for the fast diagnosis with MRI, CT scan. Fractured C6, torn C5,C4 ligaments safe to say I truly have dodged a bullet. Thank you everyone ❤️ On the road to recovery 🏄🏽‍♂️🎣

Australia's a top-order batsman who was last year inducted into the Australian Cricket Hall of Fame, told a newspaper that he was "bloody lucky" to escape serious injury.

"It was an hour into the session and we had had half dozen waves together and I got this one right-handed wave which I sort of ducked under and that is pretty much all I can remember," he told the newspaper Monday.

"I wasn't knocked out. I was speared into the top of the sandbank onto the top of my head. Then it twisted my head with my own weight and the weight of the wave.

"I heard this god almighty click in my neck. I did not get knocked out but I sort of came to and rolled up on my back."

Hayden said he was able to get back onto the beach, but had scans later that day, which revealed the extent of his injuries.

Despite the scare, Hayden said he would return to surfing, adding: "The ocean gives and the ocean takes -- I will be back."