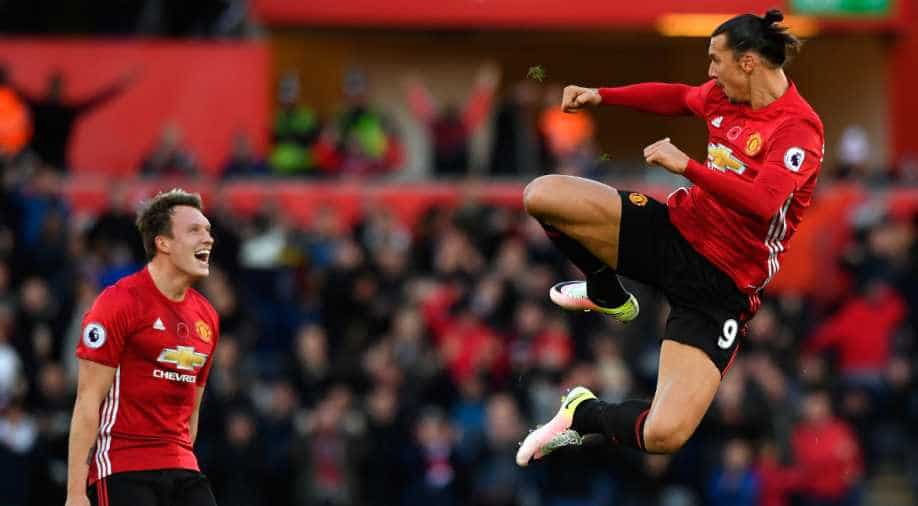 Mourinho watched from the stands at the Liberty Stadium following his touchline ban imposed by the Football Association on Wednesday and was buoyed to see Ibrahimovic score twice, his first league goals in eight weeks, and Pogba net a superb volley.

United, vastly improved after their midweek Europa League defeat at Fenerbahce, went ahead with a 15th minute strike from Pogba worthy of his 89 million Pounds price tag before Ibrahimovic ended his goal drought with a sharp first-half double in the space of 12 minutes.