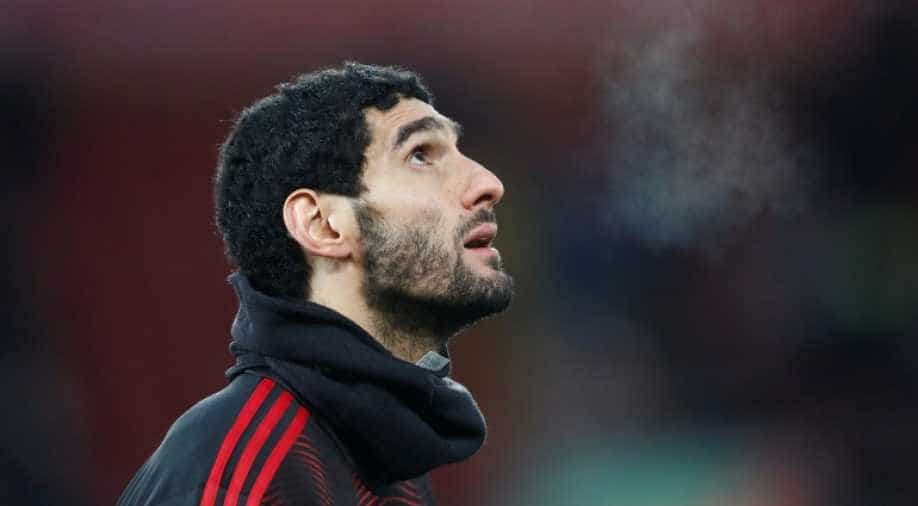 United did not provide financial details of the transfer in a short statement where they thanked the 31-year-old for his services in five-and-a-half seasons at the club.

Manchester United confirmed the departure of midfielder Marouane Fellaini to Chinese Super League side Shandong Luneng on Friday, marking the end of the Belgium international's chequered career at the Premier League team.

United did not provide financial details of the transfer in a short statement where they thanked the 31-year-old for his services in five-and-a-half seasons at the club.

Fellaini's arrival in 2013 as a $35.99 million signing by his former Everton boss David Moyes was hardly greeted with enthusiasm by United fans, already underwhelmed by the choice of the successor to Alex Ferguson.

The tall midfielder was used as an auxiliary striker at times by former United managers Louis van Gaal and Jose Mourinho but has been out of favour under interim boss Ole Gunnar Solskjaer.

Fellaini, who signed a two-year deal with United until 2020 in June, departs having made 177 appearances in all competitions for the Old Trafford club.

He helped them win the FA Cup, League Cup and UEFA Europa League trophies. Fellaini's move brings an end to more than a decade playing in England, where he first signed with Everton from Belgian side Standard Liege in 2008.