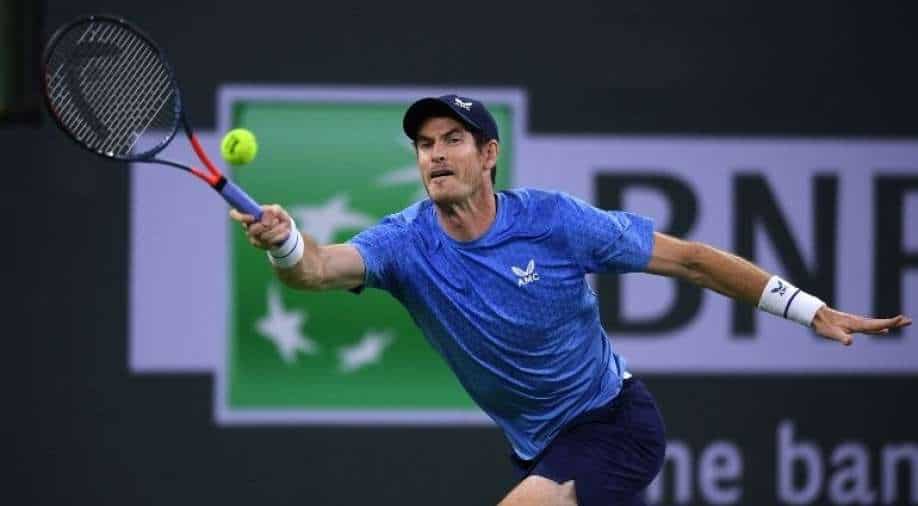 It was the two-time Madrid champion's first victory on the surface since the 2017 French Open quarterfinals when he beat Kei Nishikori of Japan.

Great Britain`s Andy Murray, who returned to clay for the first time in nearly two years, defeated Dominic Thiem of Austria 6-3, 6-4 to secure a Round-of-32 clash against Denis Shapovalov at the Madrid Open here.
Murray was ranked world No. 1 in the ATP Rankings when he last took the court at the Madrid Open in 2017 and his performance against the Austrian on Monday night belied his current world ranking of No. 78.

It was the two-time Madrid champion`s first victory on the surface since the 2017 French Open quarterfinals when he beat Kei Nishikori of Japan. "I enjoyed it. I prepared really hard before coming here," said Murray to atptour.com. The three-time Grand Slam champion was initially planning to skip this year`s clay swing before accepting a wild card into the Spanish ATP Masters 1000 event.

"I worked hard and really wanted to go out and put a good performance out there. I feel like I did that. When I played a couple of years ago on the clay, I was struggling a little bit with my groin. My body felt really good in the last few weeks and tonight I felt like I moved well and I played a really good match," added Murray.

Murray, who has undergone a hip surgery, last played a clay-court game at Roland Garros in 2020. He had initially planned to continue his break from clay and compete in hard-court ATP Challenger Tour events during the European clay swing. But when the events got cancelled, he changed his plan.

Murray showed few signs of rust as he dished out a dominant display. Thiem, still seeking the first win of his comeback from a right-wrist injury, was only brilliant in patches.

"It`s extremely difficult," Murray said of Thiem`s comeback in the second set. "He obviously had the injury initially and has also had some setbacks along the way. Mentally, it will take time to feel confident, totally accelerating on the ball. I had a wrist injury when I was 20 years old and it was very difficult. It took me time before I started to feel comfortable on the forehand side again.

"He uses his wrist a lot when he plays. He plays with heavy topspin. It`s obviously going to take him time, but he can still hit the ball great. He`s serving well, moving well. It`s just going to take time," added Murray.

Murray next faces 14th seed Denis Shapovalov of Canada, who got past lucky loser Ugo Humbert of France, 7-6(1), 6-3. The 23-year-old Shapovalov won his only previous meeting with Murray in straight sets one year ago in the Wimbledon third round.