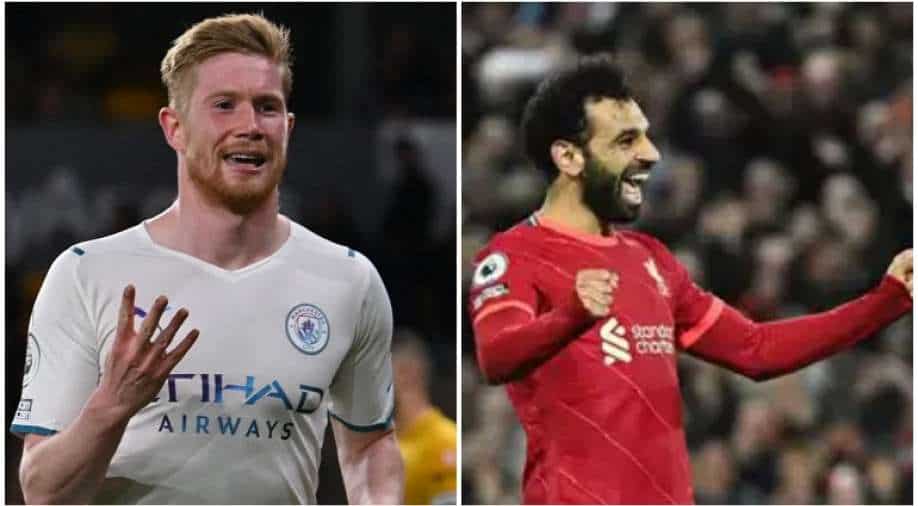 Liverpool forward Mohamed Salah and Manchester City playmaker Kevin De Bruyne were on Friday named among the eight nominees for the Premier League`s Player of the Season award. Salah is the league`s top scorer with 22 goals, while he also has 13 assists. De Bruyne is fourth on the goal-scoring list with 15 and the Belgian international has seven assists.