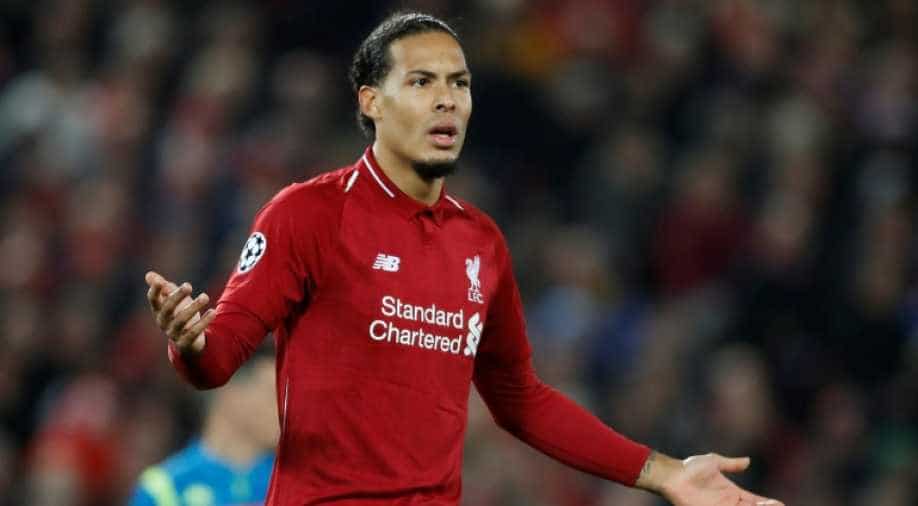 Liverpool spurned several clear chances either side of Mohamed Salah's 34th-minute strike but held on to finish second in Group C.

Liverpool made life difficult for themselves in Tuesday's 1-0 Champions League win over Napoli but few sides will fancy drawing them in the last 16, defender Virgil van Dijk has said.

Liverpool spurned several clear chances either side of Mohamed Salah's 34th-minute strike but held on to finish second in Group C, ahead of Napoli on goals scored, after the clubs were tied on nine points with the same head-to-head record.

"We could have made it a bit easier if we had scored two more ... but the job is done and we are through to the knockout stages," Van Dijk told the club website.

Last season's finalists will find out who they meet in the next round when the draw is made on Monday and Van Dijk said on current form there would be few teams crossing their fingers to get Liverpool.

"I don't think so. That's what we showed last season and this season as well," he added. "We'll see what's going to happen."