As it happened | WIvPAK: West Indies beat Pakistan by 7 wickets 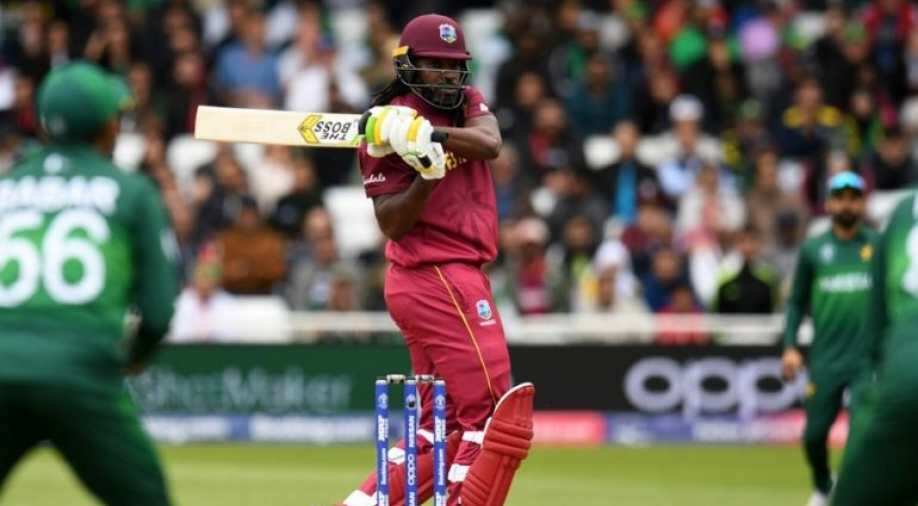 Match 2 of Cricket World Cup 2019, which is between Pakistan and West Indies

West Indies fast bowlers pulled off a power pack performance as they defeated Pakistan by seven wickets in their campaign opener on Friday at the Trent Bridge.

Chasing the 106-run target, West Indies won the game in 13.4 overs for a loss of three wickets.

Chris Gayle completed his half-century also before losing his wicket to Mohammad Amir, who took all three wickets.

After winning the toss, Windies elected to field and made full use of overcast conditions as captain Jason Holder (3-42) and the returning Andre Russell (2-4) completed the demolition job.

The in-form Fakhar Zaman and Babar Azam got off to solid starts but were both dismissed for 22, sparking a middle-order collapse that the former champions did not recover from.

Pakistan were bowled out in 21.4 overs for their lowest World Cup total since a paltry 74 against England at Adelaide in 1992, the year Imran Khan's team went on to lift their only 50-overs crown.

Immediately after that, he lost his wicket to Amir while trying to hit a big shot.

Amir to Gayle, catch out by Shadab Khan.

Darren Bravo out. He returned to pavilion without scoring.

Amir strikes again and gets his second wicket with the help of a bouncy full length delivery, edged into Babar Azam's hand in slips.

Next batsman is Nicholas Pooran.

Mohammad Amir to Hope, catch out by Hafeez.

Next batsman is Darren Bravo.

Chris Gayle and Shai Hope are at the crease and debutant Mohammad Amir will open bowling attack.

Read how the first innings did pan out:

Having elected to field after winning the toss, West Indies made full use of overcast conditions as Oshane Thomas took four wickets for 27 runs, while captain Jason Holder (3-42) and the returning Andre Russell (2-4) completed the demolition job.

The in-form Fakhar Zaman and Babar Azam got off to solid starts but were both dismissed for 22, sparking a middle order collapse that the former champions did not recover from.

Pakistan were bowled out in 21.4 overs for their lowest World Cup total since a paltry 74 against England at Adelaide in 1992, the year Imran Khan's team went on to lift their only 50-overs crown.

Oshane Thomas, who took four wickets said, "A good experience for me playing my first World Cup. Just the start I wanted and am feeling confident. Andre Russell started it and it was working so I just followed him."

"We mixed it up, pitched it up, went short and it worked. I have faith in the batters and they have been great. A great game and we executed our plans well," he added.

This is their second lowest score in the World Cup.

The lowest was 74 against England in 1992, although they had won the tournament.

Pakistan have no answers for the bouncers!

Next batsman is Mohammad Amir. He is making his World Cup debut.

Jason Holder asks for a review and his opposite number is sent on his way. Pakistan in real trouble now at 75/5 after 16 overs at Trent Bridge #WIvPAK #CWC19 pic.twitter.com/A4tqtyAs4Q

Crossing the 100-run mark seems difficult from here for Pakistan.

Holder to Hasan, catch out by Cottrell.

Next batsman is Wahab Riaz.

Pakistan batting line-up has been exposed here at the Trent Bridge.

Thomas to Shadab Khan, lbw out.

Next batsman is Hasan Ali.

In the same over, Holder strikes again and gets the wicket of new batsman, Imad Wasim.

Holder to Wasim, catch out by Chris Gayle.

Next batsman is Shadab Khan.

Jason Holder to Sarfaraz Ahmed, catch out. He scored 8 off 12.

The on-field umpire gave not out but the bowler decided to review it and the ball tracking signalled that ball touched the gloves first then thai pad and then went straight away in wicket-keeper's hand.

One more wicket...Babar Azam out.

Oshane Thomas gets a big big breakthrough for his team.

Thomas to Babar, catch out by Shai Hope.

A brilliant flying catch by the wicket-keeper.

As per the current run rate, Pakistan's projected score is 244.

Early wickets have put Pakistan under pressure. They need to keep rotating the strike an build partnership to shed the pressure.

Russell strikes again and sends Haris Sohail back to pavilion.

Andre Russell comes into attack and gets wicket in the first over of his spell in this match.

Poor defence by Zaman here as as the ball thrash the bails after hitting the batsman.

Next batsman is Haris Sohail.

Sheldon Cottrell gets the breakthrough and takes Imam's wicket.

Cottrell to Imam, catch out by the wicket-keeper Shai Hope.

Next batsman is Babar Azam.

Imam-ul-Haq and Fakhar Zaman are at the crease to open Pakistan's batting and Sheldon Cottrell launches the bowling attack.

Both the teams are out of tunnel and it's time for the national anthems.

West Indies win the toss and opted to field first. Mohammad Amir is all set to make his "dream debut" for Pakistan at Trent Bridge.

Amir missed the 2011 and 2015 tournaments due to a spot-fixing ban and was also sidelined in the last four matches of the recent one-day international series against England due to chicken pox.

Jason Holder sounded a warning for West Indies' World Cup opponents, saying his team are playing with a smile on their faces.

The two-times world champions had to battle to reach the World Cup in England and Wales, reaching the tournament via a qualifying competition in Zimbabwe last year.

Since then they have found form, with batsmen Chris Gayle and Shai Hope particularly impressive,  squaring a home series against top-ranked England 2-2 and then reaching the final of a tri-series in Ireland.

Holder was positive on the eve of the game at Trent Bridge, with his team boosted by a 91-run win over a formidable New Zealand side in a warm-up game in which they scored a mammoth 421 runs.

"One thing I like coming into this tournament is that every player is in a good frame of mind. Everybody is playing with a smile on their face, and I think that's how we play our best cricket," said Holder, captaining in his second World Cup.

Which captain are you backing today?

It's Pakistan vs West Indies!

Pakistan will seek inspiration from their dramatic Champions Trophy win in England two years ago.

Pakistan have lost their past ten one-day internationals including a 5-0 whitewash by Australia and 4-0 thumping by England, and their problems were further compounded when they went down to outsiders Afghanistan by three wickets in a warm-up match.

But skipper Sarfaraz Ahmed hopes his side will draw inspiration from when they were in a similar position in 2017.

"We will seek inspiration from our Champions Trophy win because then also we were losing and then lifted ourselves at the right time to win the trophy," said Sarfaraz.

Hello! And welcome to the Match 2 of the Cricket World Cup 2019 which is between Pakistan and West Indies.