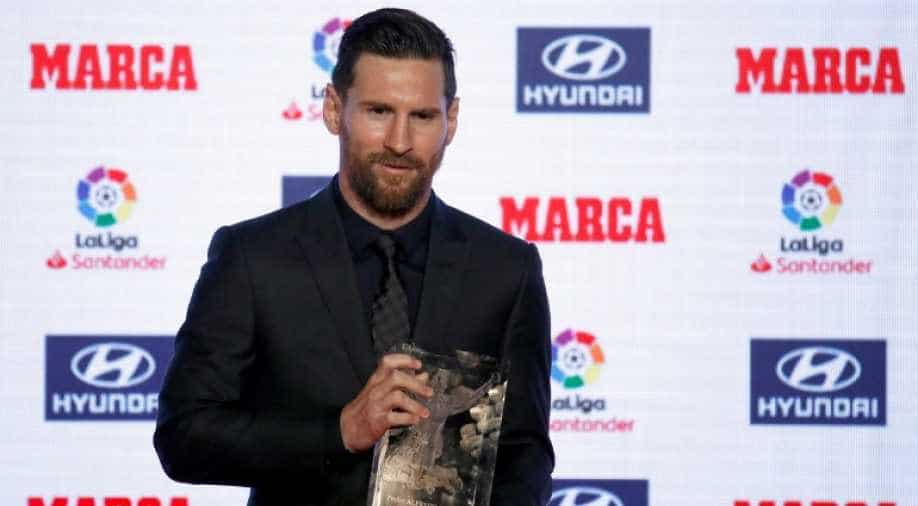 Barcelona captain Lionel Messi on Monday received La Liga's top-scorer award, known as the "pichichi," for his 34 goals in the 2017-2018 season, and was also chosen by fans as the most valuable player in the Spanish league.

The Argentine superstar, 31, returned from injury on Sunday during Barcelona's unexpected 4-3 loss to Real Betis, after a right arm fracture had kept him sidelined for three weeks.

"La Liga is more competitive than ever, anyone can beat anyone," Messi said after receiving the MVP award.

During Sunday's match, he explained "At first I was a bit scared of contact and getting hit by the ball. But after some time I started feeling more and more comfortable. I was looking forward to getting back out on the pitch."

The Miguel Muñoz Trophy for the best coach in La Liga was won by Valencia coach Marcelino Garcia Toral, his second career win.