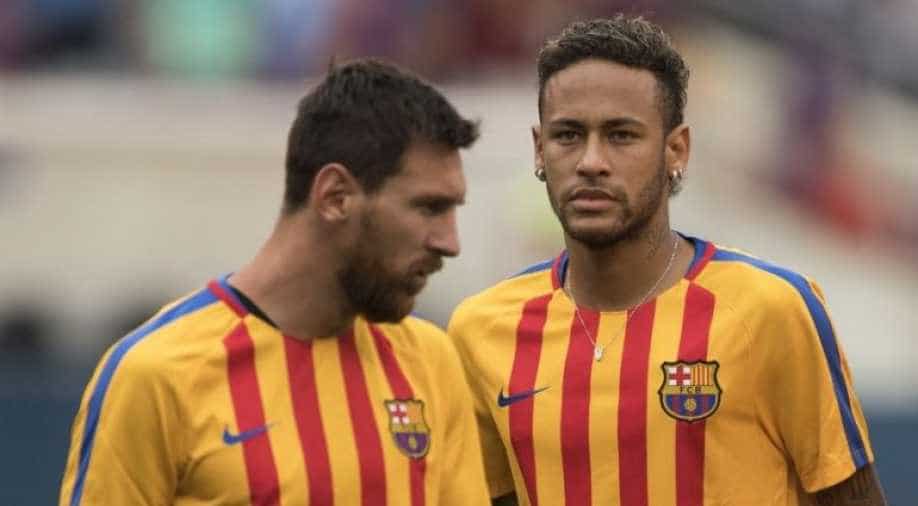 Neymar stated that he and Messi made a 'magnificent duo'

Paris Saint-Germain's (PSG) Neymar has praised Barcelona's Lionel Messi calling him the 'best player in the world' amid speculation of his returning to Camp Nou.

Neymar also stated that he and Messi made a 'magnificent duo'.

"We made a magnificent duo. It was a pleasure for me, an honour to play with him. And, on top of that, he is my friend," he said.

A few days back, Neymar admitted that his victory over PSG during his time with Barcelona was the best feeling for him.

The match took place back in 2017 and in the match, Neymar netted two goals to help his side thrash PSG by 6-1.

"When we won against PSG with Barcelona it was completely... we all went crazy afterwards. I believe it was the best feeling for all of us. The 'Remontada' against Paris, what we felt when we scored the sixth goal... I have never felt anything like this. It was incredible!," he said.