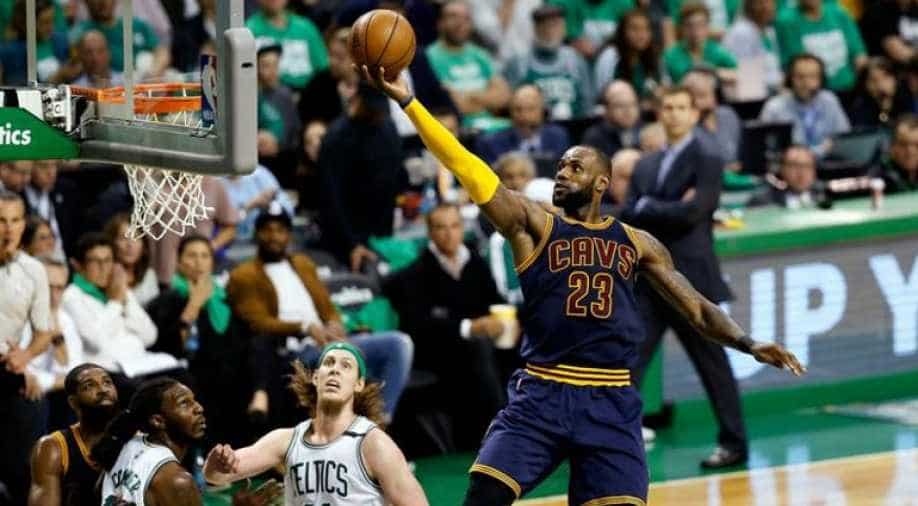 Cleveland Cavaliers forward LeBron James attempts a layup against the Boston Celtics during the third quarter of game five of the Eastern conference finals of the NBA Playoffs at the TD Garden. Photograph:( Reuters )

With a three-pointer in the third quarter James, 32, took his total of playoff points to 5,989 -- two more than Jordan's 5,987. He entered the contest needing 28 points to surpass Jordan.

Jordan, who led the Chicago Bulls to six NBA titles in the 1990s, played 179 post-season games in his career.

James moves past him to the top of the list in his 212th career playoff game.