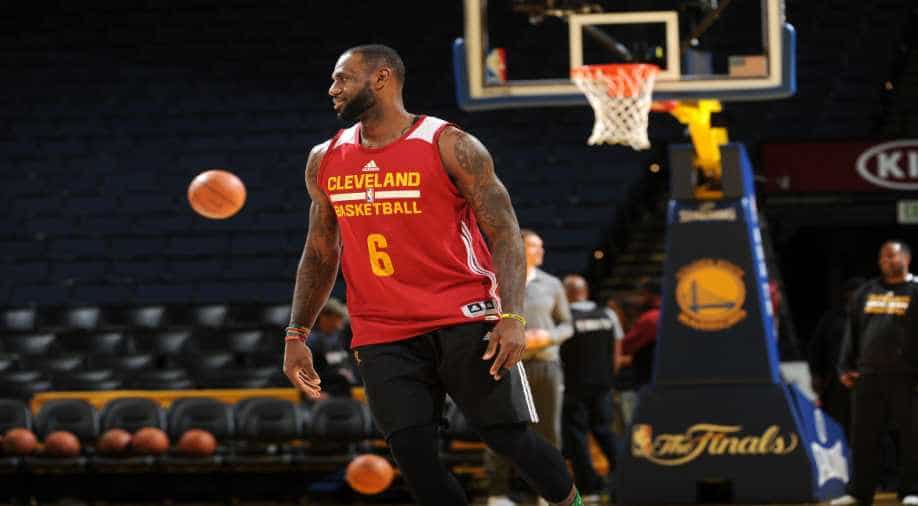 James and Curry the league's brightest stars, it was no wonder the game was luring global attention and ticket resale prices were breaking records, nearing $50,000 each for courtside seats Photograph:( Getty )

Follow Us
Excitement was building today as LeBron James and the Cleveland Cavaliers looked to complete the greatest comeback in NBA Finals history by dethroning defending champion Golden State in a winner-take-all title showdown.

"It's pretty cool," James said. "It's like Super Bowl Sunday. It's one game and you look forward to it. I'm happy I'm able just to be part of it."

But the Warriors could suffer the worst choke in championship history.

"If you don't feel pressure in a game seven, you're probably not human," Warriors coach Steve Kerr said. "We are human, so when you go from up 3-1 to 3-3, it's disappointing. But you take stock. We like our chances."

Curry admits the season will be a failure without a title.

"We've had two chances already and haven't gotten it done," Curry said. "So if we come up short, we'll all be very, very disappointed. No two ways around that."

With James and Curry the league's brightest stars, it was no wonder that the game was luring global attention and ticket resale prices were breaking records, nearing $50,000 each for courtside seats.

"Having a chance to play against a great team in game seven and for the whole world to be watching, I'm very excited for it," said Cavaliers guard Kyrie Irving.

Cleveland fans have not celebrated a major team sports title since the 1964 Browns won the NFL crown in the pre-Super Bowl era, but the Cavaliers are on the verge of ending the epic drought.

"I know it's going to be going crazy in Cleveland, so hopefully we can stay the course and bring them a championship home," Cavaliers coach Tyronn Lue said. "We know it's a big stage, but our guys are ready for the challenge."

"To lead the finals in every statistical category, it's amazing. I try not to get star-struck with watching," said Cavaliers guard J.R. Smith.

"Scoring-wise, he's more aggressive more than anything. He just has that relentless effort to get to the basket. And he's an unbelievable passer. Being that big, strong and fast and to be able to see the court the way he does, it's remarkable."

No limits on LeBron

Could James strike for 41 points again?

"I wouldn't put a cap or a number on his performance," Cavs forward Tristan Thompson said. "He's a great playmaker."

The Warriors plan to get physical with James early and often.

"Put a body on him," said Warriors forward Draymond Green. "He has to feel us from the jump. Can't let him get into rhythm."

Golden State has not lost three games in a row since 2013, but they have struggled in long stretches the past two games, never leading in game six.

"We're a resilient team that's ready for this opportunity. That's why I'm confident," Curry said. "I don't know why we haven't been ourselves. I couldn't tell you the reason we've been lacking besides it's just a long, hard grind to win a championship."