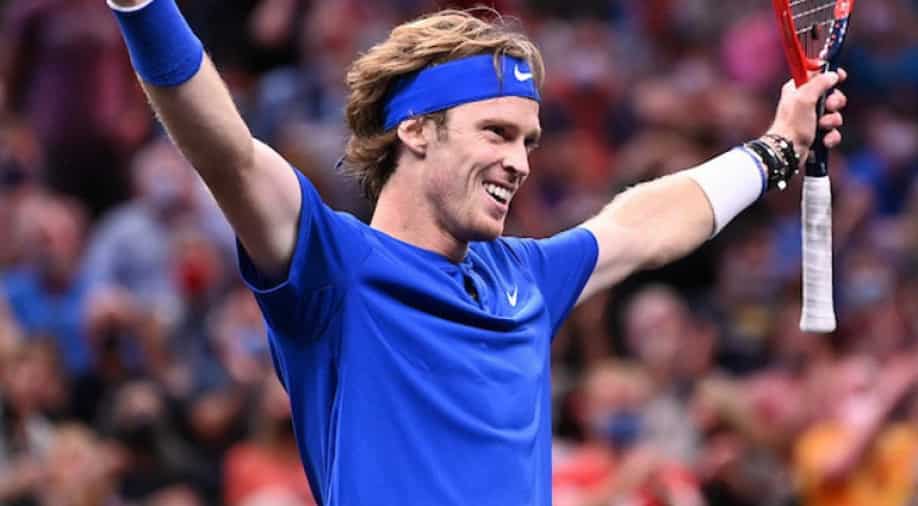 John Isner and Denis Shapovalov were the Day 1 saviours for Team World, following a resounding comeback to deny Matteo Berrettini and Alexander Zverev in their maiden partnership at Laver Cup 2021 on Friday.

The US-Canadian partnership salvaged a point from a set down 4-6, 7-6(2), 10-1 to avoid a third straight match tiebreak defeat for John McEnroe`s side in Boston.

Earlier, Andrey Rublev, Casper Ruud, and Matteo Berrettini won their singles matches as Team Europe jumped to a 3-0 lead over Team World. But Isner and Shapovalov pegged Team Europe one back in the last match of the night. Team Europe heads into Day 2 of Laver Cup 2021 with a 3-1 lead, as Team World ended Day 1 on a high.

In what was the highlight of Day 1 and the longest match in four editions of the Laver Cup, Matteo Berrettini edged his way past good friend Felix Auger-Aliassime 6-7(3), 5-7, [10-8] to hand Team Europe a 2-0 advantage heading into the first match of the night session.

Team Europe is trying to claim their fourth consecutive Laver Cup after previous wins in 2017 (Prague), 2018 (Chicago) and 2019 (Geneva).