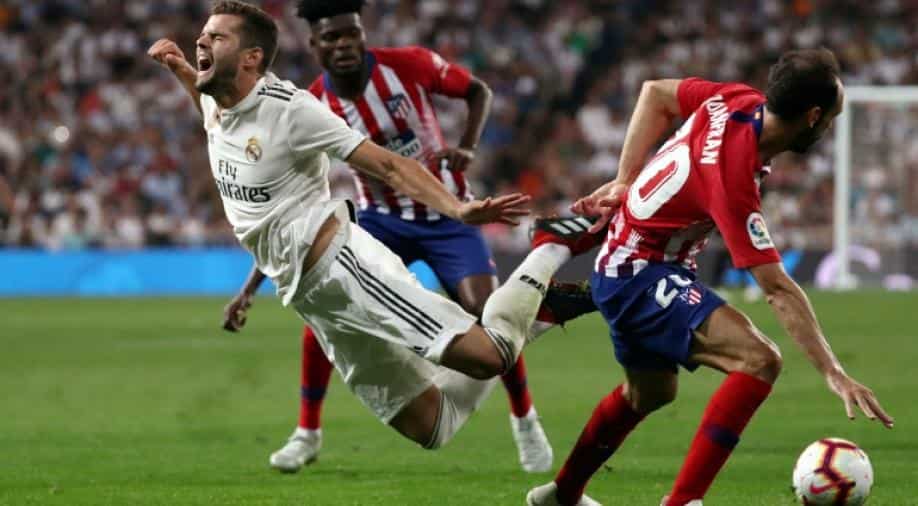 Spain's biggest three clubs, Real Madrid, Barcelona and Atletico Madrid, find themselves in the bizarre situation of having made poor starts to the campaign by their usual high standards while not losing any ground in the La Liga title race.

Champions Barca dropped points for the third game in a row on Saturday when they salvaged a 1-1 draw at home to Athletic Bilbao with a late equaliser.

Even after drawing at home with Girona and sliding to a shock 2-1 defeat at minnows Leganes during the week, Barca remain on top of the standings on goal difference.

That is because Real Madrid failed to win for the third time in four league outings, drawing 0-0 with Atletico Madrid on Saturday.

"Leaders, despite everything," said the front page of the Barcelona-based newspaper Sport.

Real have the same number of points as they did after seven games last season.

Yet whereas they were seven points adrift of Barca at this stage of the last campaign, which they finished an astonishing 17 points off the pace, now they are locked on 14 points with the Catalans at the summit.

No team has led the La Liga standings with such a low number of points after seven games since the 1993-94 season.

Real and Barca's twin struggles contrast with their ruthless form of a few years ago, with Real sweeping to the 2011-12 title with 100 points and the Catalans racking up a century of points the following season.

Atletico, the only serious challenger to the duopoly of Real and Barca in the last 14 years and who won the title in 2014, have made their worst ever start to a season under coach Diego Simeone in taking 12 points from seven games.

They remain, however, only two points behind their usual rivals, sitting fourth.

Sevilla have benefited the most from the stumbling form of the usual suspects and are currently third after winning three games on the bounce, including thrashing Real 3-0 last Wednesday.

Surprise package Alaves, meanwhile, could join Real and Barca at the top of the table if they beat Levante on Sunday.

'FORGOTTEN HOW TO SCORE'

Real coach Julen Lopetegui remained calm despite his side's worrying form in front of goal, scoring only twice in four games. Daily Marca remarked that the European champions have "forgotten how to score".

"The season is going to be very tough and very long," said Lopetegui after the 0-0 draw with Atletico.

"We don't focus on our rivals, we focus on ourselves. We're only seven games into the season and everything is to play for. I'm happy because the team showed pride, personality and played good football."

Barca defender Jordi Alba, meanwhile, was fiercely critical of his side after they took two points from a possible nine.

"That's three games where we haven't won, it's clear that we need to change things to start winning again," he said.

"We're not relaxed at all, we have to look at many aspects of our game. But this has only just begun, despite not winning, we're still at the top of the table and that means the league is very equal.

"Teams that you would think cannot beat you are doing so. We have to change a lot of things and each of us has to give 100 percent."