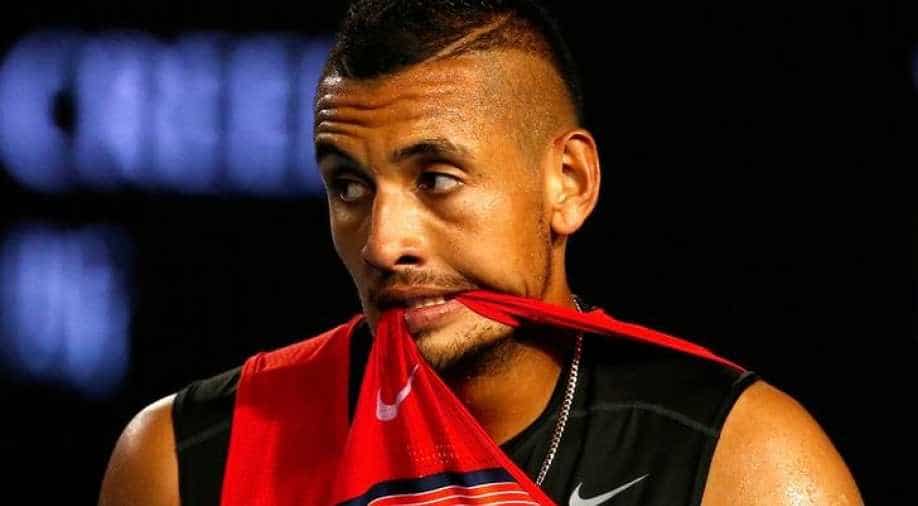 Australia's number one tennis player Nick Kyrgios has pulled out of Rio Olympics, blaming his country's Olympic committee for an  "unfair and unjust treatment".

The world number 19 joined Bernard Tomic in withdrawing his name from consideration today, a month after Australia's chef de mission Kitty Chiller said the pair were among a number of athletes whose behaviour was being monitored.

Tomic, ranked 22nd in the world, ruled himself out in mid-May because of his busy playing schedule, but Kyrgios laid the blame squarely on the Australian Olympic Committee (AOC).

"It is with a heavy heart that I have had to make a decision not to compete at the 2016 Olympic Games in Rio de Janeiro," Kyrgios said.

"Representing Australia at the Olympic Games has been a dream of mine since I was a kid. Unfortunately, while I have expressed every intention of trying to win a medal for my country in Rio, it's very clear to me that the Australian Olympic Committee has other plans."

Kyrgios said the AOC's treatment of him over the past month had been "unfair and unjust" and they had made it "crystal clear" their opposition to his being part of the team.

Tennis Australia will nominate the players to take part in the August 5-21 Games on June 30, but they must then be ratified by Chiller and the AOC.

"The AOC has chosen to publicly and privately disparage me," he said.

"The AOC's unwarranted attacks on me demonstrate the organisation's inability to understand the circumstances surrounding highly competitive sports."

Kyrgios said he did not want the row with the AOC to distract the Australian team from their preparations for Rio and hoped to represent his country in future.

The 21-year-old has become a divisive figure in Australia, particularly after a string of unsavoury incidents over the past 12 months.

He was given a suspended ban by the Association of Tennis Professionals  (ATP) last year for an off-colour comment directed at Stan Wawrinka, the Swiss tennis player, and was booed by the crowd at the Australian Open after a running battle with an umpire.

Tennis Australia chief Steve Healy offered Kyrgios his full support today and echoed the player's disappointment that "he has been put in this position".

"Nick is a passionate competitor and he’s working hard to learn and mature in a highly pressurised environment where he is under constant public scrutiny."

Chiller has made good behaviour one of her main priorities for Rio after Australia's disappointing 2012 Olympics was accompanied by a crisis of team culture in the swimming squad, which, a report said had led to "toxicity" in the environment.

"At this point, Nick Kyrgios, or any other tennis athlete, has not been nominated for selection on the Australian Olympic Team," Chiller said.

"In regard to selection every athlete in contention is treated equally and fairly. We have no further comment on this issue."