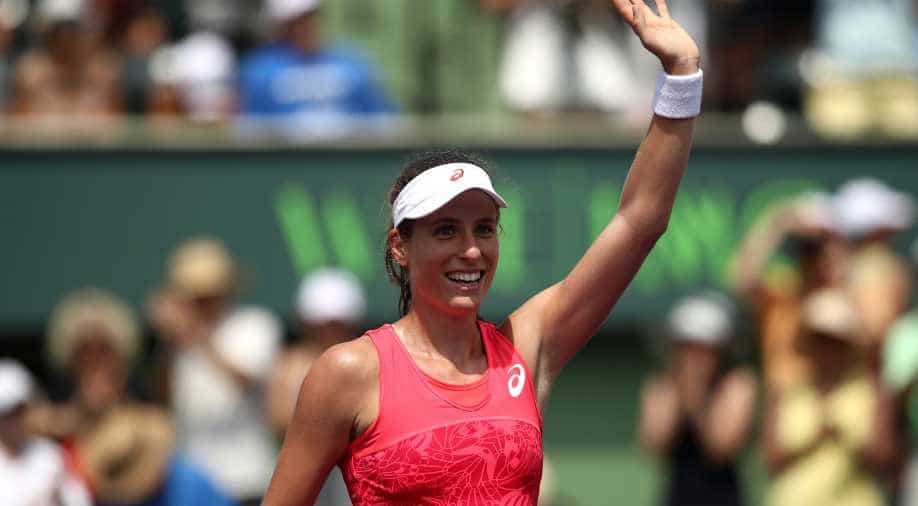 Johanna Konta, who had never won an elite WTA premier mandatory event, will move to number seven in the world rankings with the victory. Photograph:(AFP)
Follow Us

Johanna Konta defeated Caroline Wozniacki 6-4, 6-3  to win the Miami Open on Saturday - the biggest title won by a British woman in 40 years.

Konta, who had never won an elite WTA premier mandatory event, will move to number seven in the world rankings with the victory.

She began superbly, breaking to love in the opening game before Wozniacki swiftly broke back to level at 2-2.

After another break each, the Briton took advantage of two double-faults from the Dane to break to 5-4 and serve out for the set.

There was a similar pattern to the start of the second set, with the pair exchanging breaks in the first two game. The key moment came when Konta broke to go 4-3 up, with a little help from the net cord.

Konta then broke again, with a lob on match-point, to secure the biggest win of her career and the best by a British woman since Virginia Wade won Wimbledon in 1977.