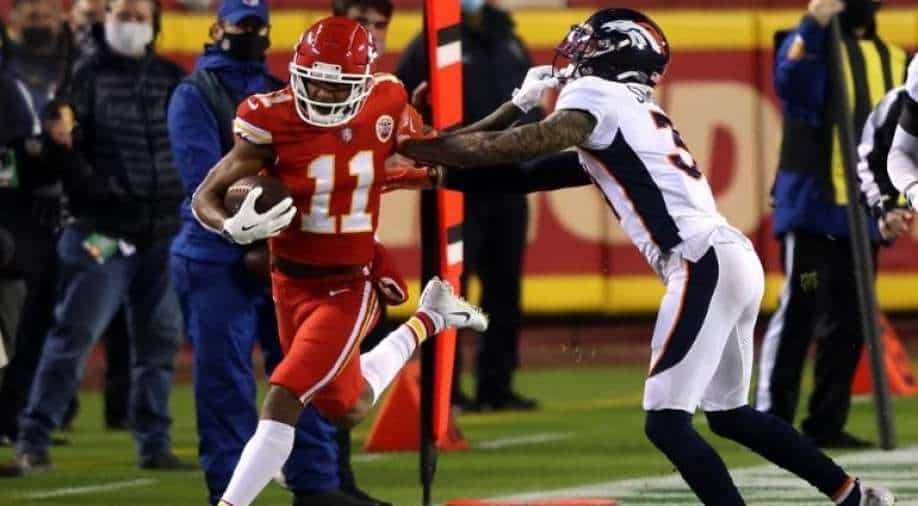 Robinson and Kilgore could still feature in  Super Bowl LV against the Tampa Bay Buccaneers if they have five consecutive days of negative tests.

Kansas City Chiefs' wide receiver Demarcus Robinson and backup centre Daniel Kilgore have been placed in team's reserve/COVID-19 list due to close contact. The move came after both the players came in close contact with the team's barber, who later on tested positive for coronavirus.

According to the report, the barber was in the process of cutting Kilgore’s hair when the Chiefs received results of his positive test. The barber tested negative for COVID-19 five consecutive times after the result of the rapid test came out to be positive.

Robinson and Kilgore could still feature in  Super Bowl LV against the Tampa Bay Buccaneers if they have five consecutive days of negative tests.

"The NFL has done a great job with it, presenting different safety things for the players to stay as safe as possible," said Chiefs coach Andy Reid, who noted that he was first notified of the situation Sunday. "We've been hammering this point home forever. The problem is you're fighting the invisible man. It just gets you when least expected, and we're seeing that in everything. It's an unfortunate thing."

Demarcus Robinson has had a great year with the Chiefs as he had a career-high 45 receptions for 466 yards and three touchdowns this season.