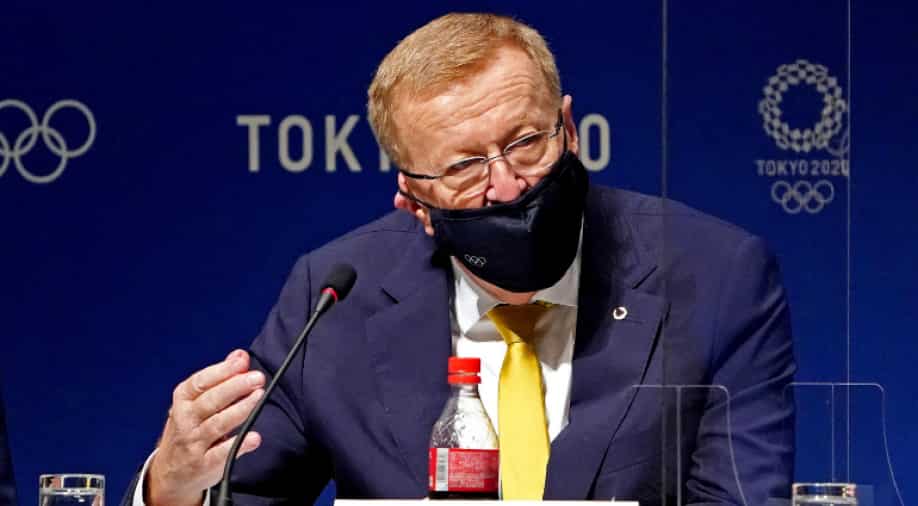 John Coates, one of the International Olympic Committee's most powerful executives has defended his awkward exchange with Queensland Premier Annastacia Palaszczuk.

Coates, one of the International Olympic Committee's (IOC) most powerful executives, raised eyebrows when he told the premier at a media conference that she needed to attend Friday's ceremony along with other members of Australia's delegation.

The exchange came after Brisbane was named host of the 2032 Olympics.

“You are going to the opening ceremony," Coates said to Palaszczuk, who travelled to Tokyo as a representative of Brisbane's bid.

"I am still the deputy chair of the candidature leadership group.

"And so far as I understand, there will be an opening and a closing ceremony in 2032, and all of you have got to get along there and understand the traditional parts of that, what’s involved in an opening ceremony.

"So none of you are staying and hiding in your rooms, all right."

Palaszczuk replied: “I don’t want to offend anybody, so..."

Coates's comments triggered outrage on social media, and he was accused of misogyny and "mansplaining" by some Australian media pundits.

"He gave a masterclass in how to be an arrogant powerbroker," academic Jenna Price wrote in the Sydney Morning Herald newspaper.

"And yet another example of how women are treated in sport,” she wrote on Twitter.

Coates said his comments had been "misinterpreted" by people who were not in the room.

“The premier and I have a long-standing and very successful relationship,” he said in a statement on Thursday.

“We both know the spirit of my remarks and I have no indication that she was offended in any way. Those in doubt should ask her."

Palaszczuk said there were no issues between her and Coates after the exchange.

“If we didn’t have John Coates this will not have happened," she said of the successful Brisbane bid.

"John Coates has been the driving force behind us securing the Olympics."

Palaszczuk's trip to Japan was criticised by home media who questioned the need for her to be present in Tokyo while around 13 million Australians remain locked down due to COVID-19 outbreaks.

She had said she would not attend any events while in Tokyo apart from the bid team's presentation to the IOC on Wednesday, and would confine herself to her hotel.

Interviewed on an Australian breakfast TV show on the Nine Network on Thursday, Palaszczuk said in relation to the opening ceremony, she would "do whatever John Coates tells me to do."

"I am not going to offend the International Olympic Committee now that we have been awarded the Games," she added.

Coates has led the AOC for over 30 years and played a key role in Brisbane's winning bid.

In 2017, the AOC was hit by allegations of bullying and intimidation made by former staff, including former chief executive Fiona de Jong.

An independent review cleared the AOC of a bullying culture but criticised the conduct of some senior leaders in the organisation. Coates was not among the leaders criticised.