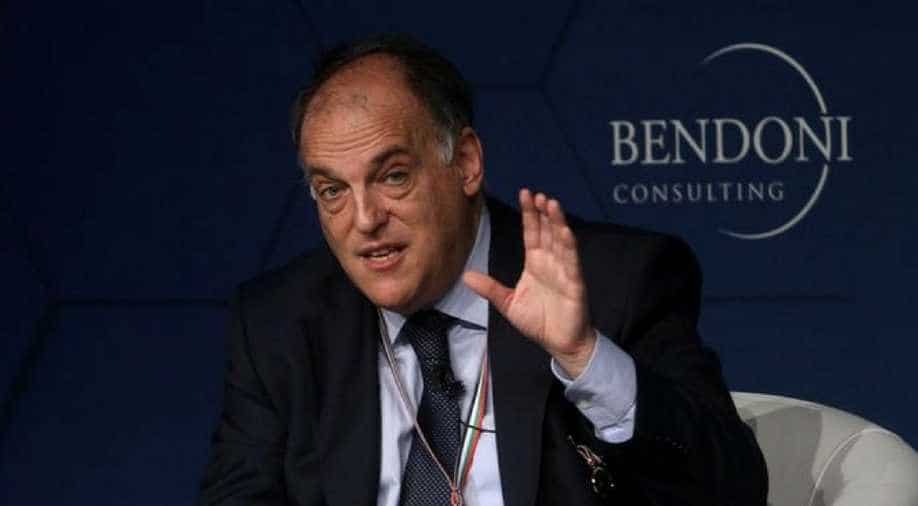 Premier League plans in 2008 for a '39th game', a round of fixtures played outside England, met fierce opposition from the fans, but Tebas remains enthusiastic about the idea of playing one or two games per year outside Spain.

"It's a difficult and complicated issue because there are many things that need to be ironed out but we want to be the first league that plays an official game outside its usual territory," he said at the Web Sport Congress on Friday.

"We're not talking about playing all 380 games per season abroad, it will be one per season or two at most. We are now trying to get clubs to agree to the decision."

Neither team are expected to feature in any official game played outside Spain in the future though and certainly not against each other in a 'Clasico'.

La Liga's head of global communications Joris Evers told Reuters in December: "It is unlikely for it to be a 'Clasico', as one of the key priorities is to expand awareness and present La Liga as much broader than Real Madrid and Barcelona.

"They are the biggest clubs and brands within La Liga and we want to take advantage of the 'Clasico' to present the broader league, to talk to people about more stories and more clubs.

"That's how we want to grow the story of our competition and the spectacle of entertainment we have each weekend."