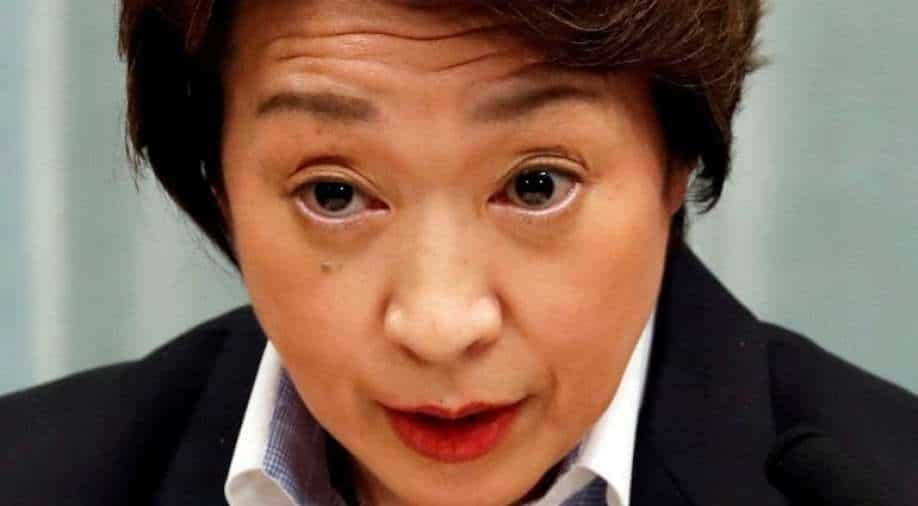 The panel will ask Hashimoto if she wishes to take the position, NHK added.

Japan`s Olympics Minister Seiko Hashimoto has emerged as the preferred candidate to succeed Yoshiro Mori as president of the Tokyo 2020 organising committee after he stepped down last week, public broadcaster NHK said.

Mori`s recent resignation over sexist remarks is the latest blow for the Summer Games, already been marred by an unprecedented delay and strong public opposition in the face of coronavirus fears.

The panel will ask Hashimoto if she wishes to take the position, NHK added.

"I am aware of the report, but the committee is an independent body that makes its own decision," the government`s spokesman, Chief Cabinet Secretary Katsunobu Kato, told a regular news conference.

Earlier, NHK said the committee had narrowed its focus to one candidate during two days of meetings.

Born days before Japan hosted the 1964 summer games, Hashimoto is named after the Olympic flame and has lived up to her name by taking part in seven of the Games, both winter and summer, and in two sports.

A 56-year-old lawmaker of Japan`s ruling party, Hashimoto has served as the Olympics minister, doubling as minister for women`s empowerment since 2019.

At the committee`s first meeting on Tuesday, it agreed on five criteria for a new leader, such as a deep understanding of gender equality and diversity and the ability to attain those values during the Games, organisers said in a statement.

Earlier on Wednesday, the Games faced another potential setback, when the governor of the western prefecture of Shimane said the Olympic torch relay should be reconsidered because of the virus.

Governor Tatsuya Maruyama said he also opposed the holding of the Olympics and worried about infections.

"Should the present conditions continue, I think holding the Olympics should be avoided," he told a news conference.

The torch relay for the Tokyo Olympics is set to start in northeastern Fukushima on March 25, before travelling through all 47 prefectures in Japan over 121 days. Shimane will host it on May 15 and 16.

The Games themselves are set to begin on July 23.

Organisers have vowed to go ahead with the Games despite the pandemic, while opinion polls have persistently shown the majority of Japanese oppose holding the event this year.