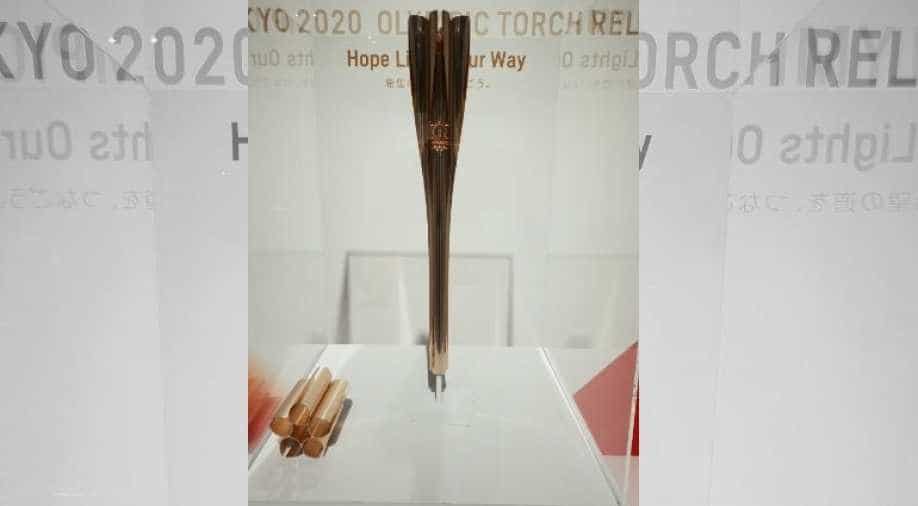 The Olympic flame will be carried from Greece to Japan in March of 2020 and will be the showstopper of the relay that will happen across the country.

Japan at the G20 Summit venue had displayed the Olympics torch which will be used in the relay when the country hosts the 2020 Summer Olympics.

The Olympic flame will be carried from Greece to Japan in March of 2020 and will be the showstopper of the relay that will happen across the country. The torch will be displayed in Miyagi Prefecture, Iwate Prefecture and Fukushima Prefecture for two days each.

The torch is being called as the "fame of recovery" and begins the relay from Fukushima from March 26 and ends on July 24, 2020, in Tokyo. The aim of starting from Fukushima is to send a signal that the area has recovered.

The region was devastated by the 2011 earthquake and tsunami. Tens of thousands of people died in the disaster, the worst in Japan's modern history and also caused the Fukushima nuclear disaster.

The torch will be carried across Japan for 121 days including travel days.

Part of the material from which the Olympic torch is made by recycled aluminium that was originally used in the construction of prefabricated housing units in the aftermath of 2011 earthquake.

The torch is produced from a single sheet of metal and has been created by using the aluminium extrusion manufacturing technology, the same technology that is used in the production of Shinkansen bullet train.

The design of the torch has been inspired by a cherry blossom motif--Sakura, the flower that represents Japan. The torch relay coincides with cherry blossom season of Japan.