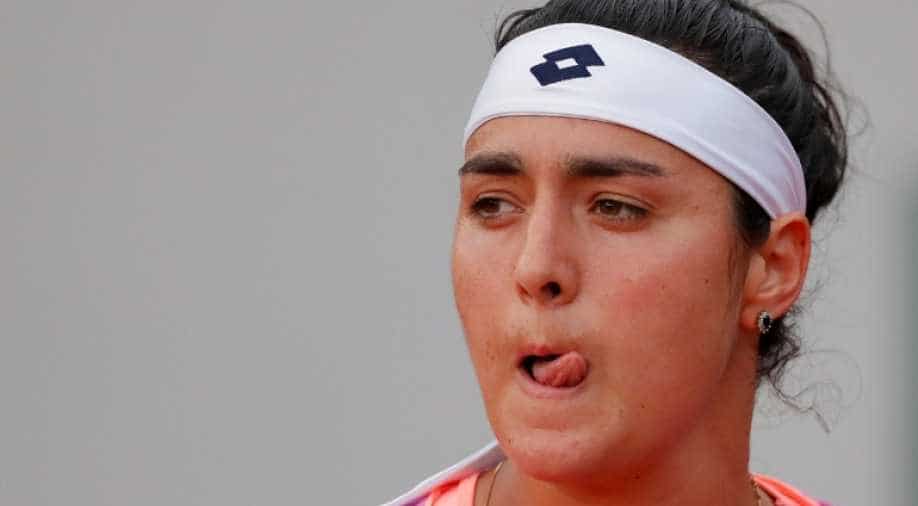 Jabeur had already become the first Tunisian to reach a semi-final and continued her impressive form against the Latvian to set up a final against Russian Daria Kasatkina.

Qualifier Ons Jabeur became the first Tunisian player to reach a WTA final when she beat fifth seed Anastasija Sevastova 6-3, 3-6, 6-3 at the Kremlin Cup on Friday.

She had already become the first Tunisian to reach a semi-final and continued her impressive form against the Latvian to set up a final against Russian Daria Kasatkina.

World number 101 Jabeur, 24, struck 45 winners on her way to victory, twice battling back from a break down in the deciding set in what was her seventh match of the tournament.

"This is really amazing and I'm really happy. I gave it all today and it wasn't easy because she plays really good," Jabeur, said before thanking a number of her compatriots in the crowd.

"I'm really happy that Tunisians are here. They helped me through the end because it was a little bit difficult."

Sixth seed Kasatkina ended Briton Johanna Konta's run with a clinical 6-4 6-3 victory to reach the final of the Moscow tournament for the second year in a row.

Kasatkina lost last year's title clash to Julia Goerges but the 21-year-old will be confident going into her second meeting with Jabeur, who she beat in the Rio Olympics.