It's not always easy to carry on: Kamala Devi reacts after announcing retirement 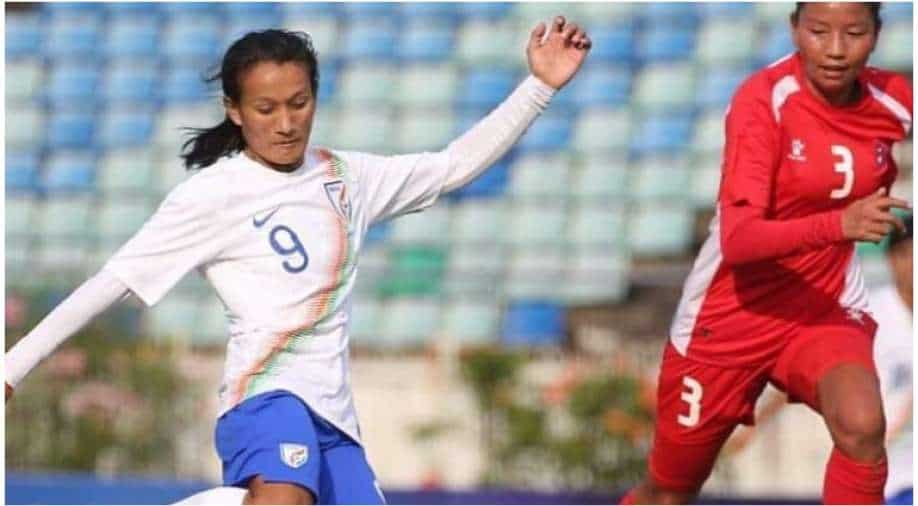 It's not always easy to carry on: Kamala Devi after announcing retirement Photograph:( Instagram )

Having served Indian Football for the better part of 12 years, Kamala decided to hang up her boots earlier this week, after a fulfilling career.

Indian women`s football team star Kamala Devi said that announcing her retirement from the game was a very emotional decision for her. Having served Indian Football for the better part of 12 years, Kamala decided to hang up her boots earlier this week, after a fulfilling career.

"It had already been on my mind for some time, but I can tell you, it`s not an easy decision to make. It was a very emotional moment for me, and my aunt, who has always been by my side since childhood, helped a great deal. But I did feel that it was the right time for me to retire. I've played at the top level for many years now, and it`s not always easy to carry on," said Kamala Devi as per an AIFF release."My biggest critic was probably my father (laughs), but in a good way. He wanted me to do well in life, and he did not know much about the avenues one could create through football. That`s why when I was a kid, he would always tell me to stop playing so much and concentrate on studying. I guess, after a while, he also realised it was useless to keep me away from the game, but when he did see that I was getting to places through football, he did start supporting me," she added.

Regarding her future plans, Devi said that she might get into coaching and she wants to stay connected to football."Well, maybe I`ll get into coaching. But more than that, I want to give back to society and to football. I have wanted to make my own football academy in my village. There are plenty of kids who love football over there, but they do not have the right guidance. I feel, with all the experience I`ve had as a footballer, I can give something back to all of them. I have given the academy a lot of thought, and now that I have more time, I can work towards it," said Devi.

"If you love football, play it with passion. Nothing in life is easy. There are difficulties every step of the way. But it`s all about the passion and the mentality with which you approach it. If you are passionate about what you are doing, and if you are motivated and stubborn enough, then you can overcome it, no matter how difficult the task is," she added.