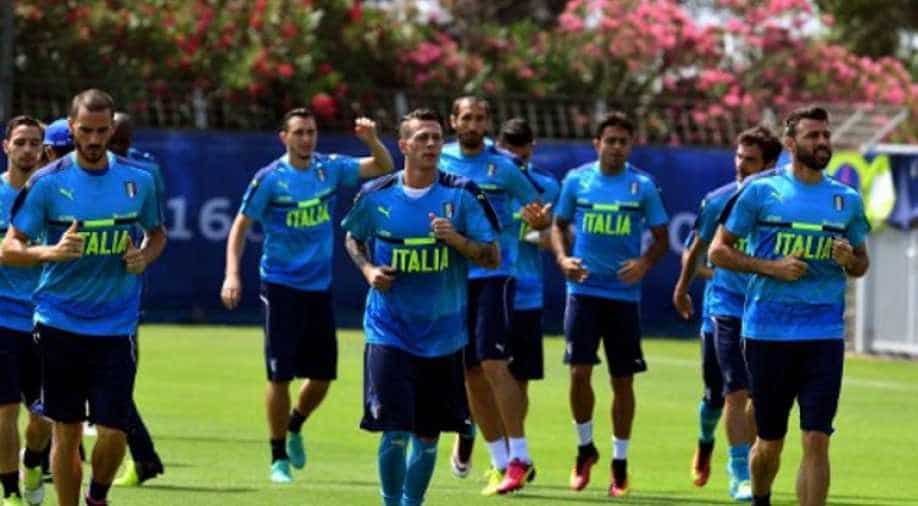 The Italian football federation said that 'its staff and all the players stand united with the entire country and the family of the victims.' Photograph:(AFP)
Follow Us

Italy's players will wear black armbands during their Euro 2016 quarter-final clash against Germany later today in tribute to the Italian victims of a terrorist attack in Dhaka.

Nine Italians were among the 20 victims killed by hostage-takers in Bangladesh.

The Italian football federation (FIGC) said the Azzurri team, which faces Germany at 1900 GMT looking to book their spot in the semi-finals of the competition, will pay tribute during the game.

Calling the incident "a tragedy", a statement by the FIGC said: "The Italian football federation, its staff and all the players stand united with the entire country and the family of the victims."

"As a result, we have requested and received from Union of European Football Association (UEFA) permission to wear black armbands during the game against Germany as a symbol of our sympathy in what is a very painful time."

Germany, the 2014 World Cup winners, go into the match as favourites but have never beaten Italy in eight previous attempts in major finals.