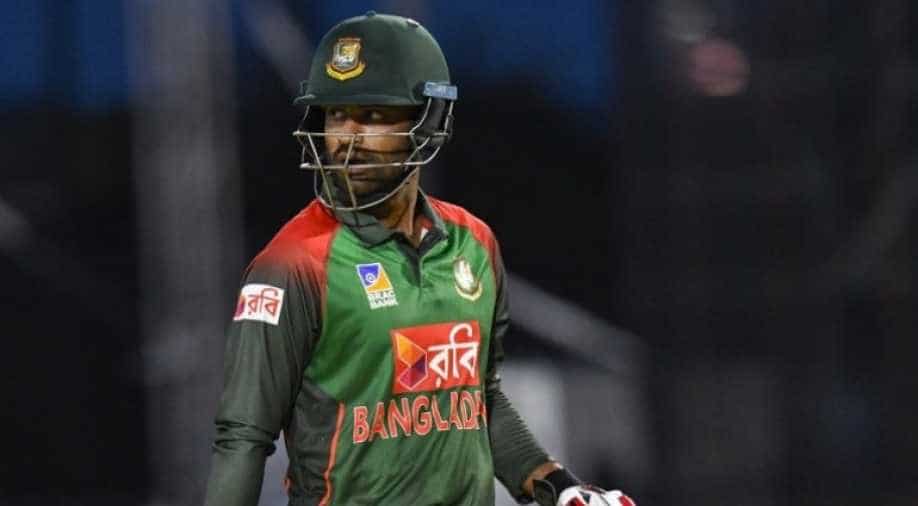 At least 49 people died in attacks on two mosques in the city of Christchurch during Friday prayers, in what appeared to be the worst act of terror against Muslims in a Western country.

Bangladesh opening batsman Tamim Iqbal said he believes it will not be easy for the national cricket team to overcome the shock of narrowly escaping Friday’s shooting in a New Zealand mosque.

At least 49 people died in attacks on two mosques in the city of Christchurch during Friday prayers, in what appeared to be the worst act of terror against Muslims in a Western country.

"It will certainly take some time for us to get out of it (the state of shock) after the experience we had here," Tamim told reporters at Christchurch airport moments before the team left for Bangladesh on Saturday.

At least 17 members of the Bangladesh cricket team, including Tamim, drove up to the Masjid al Noor in a bus to join Friday prayers when the mosque came under attack by a gunman.

Team manager Khaled Mashud said the players and staff on the bus watched as blood-soaked victims staggered from the building.

They stayed in the bus for eight to 10 minutes before leaving it sensing danger, according to Mashud.

The Bangladesh cricket team was in Christchurch for their third and final Test of a three-match series, which was scheduled to begin Saturday.

The Test was promptly cancelled and the Bangladesh Cricket Board and New Zealand authorities arranged for the team to leave the country at the earliest possible time.

The Bangladesh team is expected to return home at 10.40pm local time (1640GMT) on Saturday.

"It is better that we are returning... because everyone's family is worried. I just hope after returning home we can overcome it (trauma) with the passing of time,” Tamim said before the team left Christchurch.

Dhaka complained that players were not provided with any security when they headed for the mosque.

“In future, whenever we send our cricket team abroad we will do that after examining and reviewing the security matters of the host countries,” Bangladesh Prime Minister Sheikh Hasina said Saturday, according to the state-run news agency BSS.

The Bangladesh Cricket Board echoed Hasina's concerns, saying it was "unfortunate we did not see any visible security protocol".

"We are not sure what their security system is. But when two countries sign (a) memorandum of understanding at national level security is always mentioned,” BCB chief executive Nizamuddin Chowdhury told reporters in Dhaka.

“We will set up a minimum security standard for future. Once it is assured only then we will go, otherwise not,” he said.

England's cricket team was provided security equal to that of a head of a state when they visited Bangladesh in 2016, months after one of the worst extremist attacks on foreigners in a Dhaka cafe.