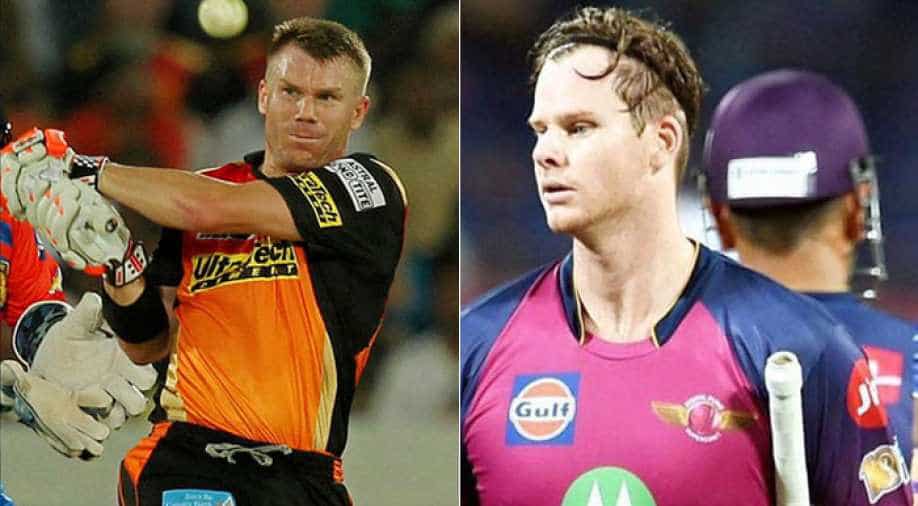 The win for Steve Smith's Pune Supergiants means that they are number two in the league table, while David Warner's Sunrisers Hyderabad are in fourth. Photograph:( Zee News Network )

Paceman Jaydev Unadkat revelled in a five-wicket haul that included a hat-trick as Rising Pune Supergiant eked out a 12-run win over Sunrisers Hyderabad to jump to the second spot in IPL, here today.

Defending a modest 148, the Pune outfit came up with a superb bowling performance with Unadkat (5/30) and Ben Stokes (3/30) doing the maximum damage, especially in the final overs to restrict Hyderabad to 136 for nine in 20 overs.

Unadkat took a hat-trick in the final over of the match when Hyderabad needed 13 runs, to shut the door on the hosts.

He sent back Bipul Sharma, Rashid Khan and Bhuvneshwar Kumar in the second, third and fourth deliveries of the 20th over respectively. It was third hat-trick of the season.

At one stage, defending champions were cruising along comfortably when veteran Yuvraj Singh (47) and skipper David Warner (40) were at the crease.

The duo put on 54 runs together for the third wicket before Warner departed for 40 which was studded with four hits to the fence and a six.

Yuvraj continued to play his shots but failed to take the team all the way home, falling for 43-ball 47 that included four boundaries and two sixes, with the scorecard reading 117 for five.

After Yuvraj's departure, 32 more runs needs for victory and as many as five wickets in hand, but no lower-order batsmen seem to show any resistance, even as Unadkat took three successive wickets in the final over to wrap up the match in Pune's favour.

Earlier, Sunrisers Hyderabad dished out a tidy bowling performance, led by Siddarth Kaul, to restrict Rising Pune Supergiant to a modest 148 for eight.

The Hyderabad bowlers dominated the proceedings from the word go after inviting the Pune outfit to take first strike with Kaul returning impressive figures of four for 29 from his four overs, while Rashid Khan (1/18) and Bipul Sharma (1/39) took a wicket apiece.

The Supergiant found the going tough and lost both their openers -- Ajinkya Rahane (22) and Rahul Tripathi (1) -- early and were struggling at 39 for two in the seventh over.

Skipper Steve Smith (34) and Ben Stokes (39) though steadied the rocking boat, putting on 60 runs together for the third wicket, they failed to up the ante.

While Stokes tried to accelerate the innings, Smith just could not get going as he took 39 balls for his 34, which neither had a boundary nor a six.

Stokes top-scored with a 25-ball 39 that included one four and three sixes.

In the end, Mahendra Singh Dhoni tried to increase the tempo in the final few overs before he got out for a well-made 31 off 21 balls, which was studded with two fours and as many sixes.

However, the batsmen at the other end could not provide adequate support to the former India skipper with the home team bowlers managing to tightened the noose further.

The last two overs saw three Pune batsmen getting out that included the prized wicket of Dhoni.