IPL 2019: Bangalore, Rajasthan eye first win of the season to get off the mark 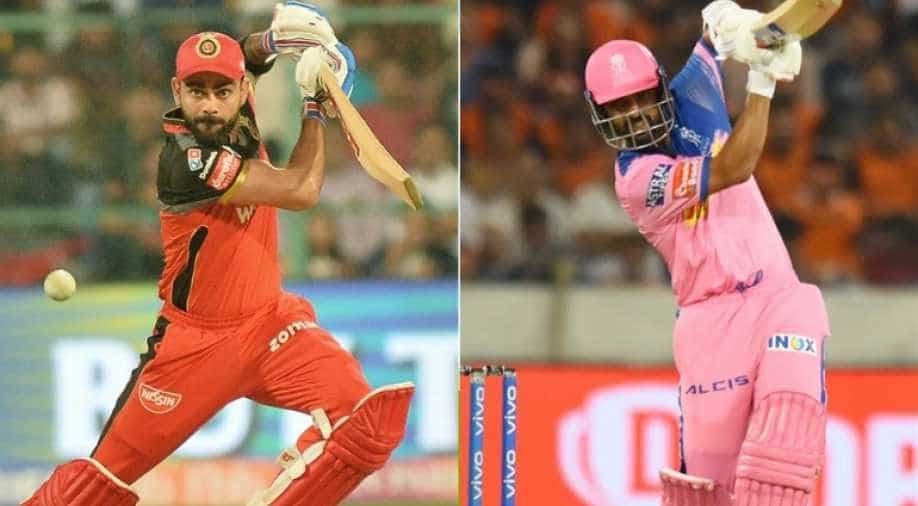 As the Royals will host Bangalore, both the teams will be desperate to register their first win of the season and get off the mark.

Rajasthan and Bangalore will lock horns on Tuesday. Both the teams are yet to win a single match in the 12th edition of the Indian Premier League (IPL) 2019.

As the Royals will host Bangalore, both the teams will be desperate to register their first win of the season and get off the mark.

Both the teams have played three matches so far and have lost all the games. Rajasthan, who have come close to victory on all three occasions, have failed to tighten the screws when it mattered most. In all three matches, they were in a good position but could not grab the moments, losing to Punjab, Hyderabad and Chennai respectively.

Rajasthan boast of star players such as Steve Smith, Joss Buttler and Ben Stokes but still have failed to live up to the expectations.

The likes of Sanju Samson, who had hit a first ton of this IPL and Rahane have been good.

Rahul Tripathi also looked impressive during his 39 against Chennai but Smith and Stokes are yet to set the tournament on fire.

Bangalore, on the other hand, have had a disastrous start to the season. Against Chennai, they faltered with the bat while against Hyderabad the bowlers looked hapless.

What also stands out is the manner in which the Bangalore have been beaten- 7 wickets against Chennai and 118 runs against Hydebarad.  Virat Kohli had conceded that the defeat against Sunrisers Hyderabad on Sunday afternoon was one of their worst losses.

Another area of concern for Bangalore is Virat Kohli’s record against Rajasthan. Kohli’s batting average against the Royals is 21.27, his lowest against all IPL teams.