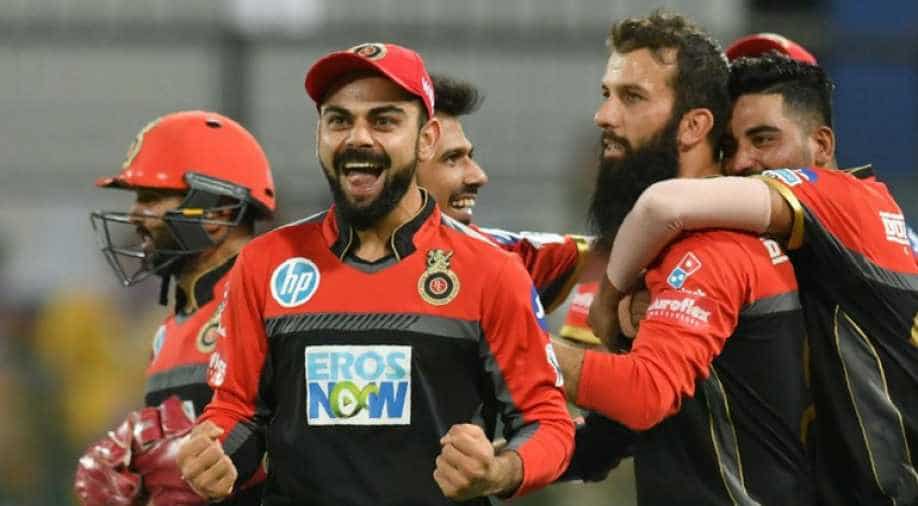 Bangalore made 92 runs without losing any wicket while chasing a target of 88 runs Photograph:( AFP )

Without giving away any wicket, the two achieved the target of 89 runs, with Kohli making unbeaten 48 runs in 28 balls and Patel contributing 22-ball-40.

The half-century stand between Parthiv and Kohli came in the fifth over.

Kohli smashed a boundary to register their fifth win in the ongoing Indian Premier League (IPL).

After failing in batting department, Punjab bowlers were also depleted by Bangalore as they failed to take any wickets.

Earlier, Bangalore bowled their best of IPL 2018 today to all-out Punjab for a paltry 88 runs at Holkar Cricket Stadium, Indore.

He later dismissed Andrew Tye to take his wicket count to three.

In the fours over bowled, Yadav gave away only 23 runs to put his economy rate at 5.75

Skipper Virat Kohli won the toss and opted to bowl against &nbspPunjab, at Holkar Cricket Stadium, Indore, on Monday.