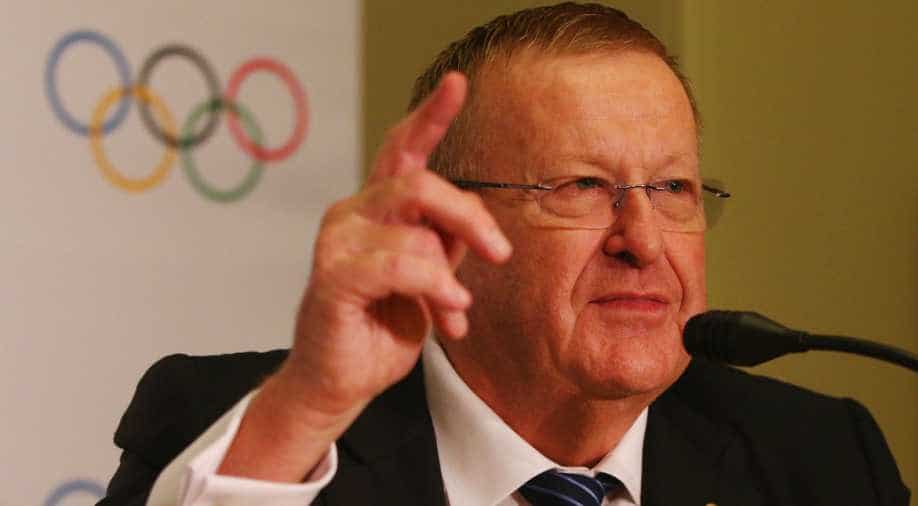 John Coates, said he would be "very surprised" if the IOC tried to overturn the ban at a summit on Tuesday, in Lausanne, where the Olympic body is due to discuss the matter. Photograph:( Getty )

Follow Us
The International Olympic Committee vice-president John Coates said on Saturday the committee is unlikely to overturn world athletics' ban on the Russian track and field team at the Rio de Janeiro Games.

The International Association of Athletics Federations (IAAF) on Friday nanimously upheld its ban on Russian athletes competing at international competitions due to state-sponsored doping.

Russia has cried foul over the ban and President Vladimir Putin said he hoped for an "appropriate response" from the IOC.

Coates, also president of the Australian Olympic Committee, said he would be "very surprised" if the IOC tried to overturn the ban at a summit on Tuesday, in Lausanne, where the Olympic body is due to discuss the matter.

IAAF president Sebastian Coe said on Friday his governing body had the last word on athletes' eligibility to compete at international events.

Also talking was Jared Tallent, who won silver in the 50km walk at the 2012 London Olympic Games, but has now been boosted to the gold medal. The first man across the line in 2012, Russia's Sergey Kirdyapkin, received a ban for doping by the Russian anti-doping agency which excluded his 2012 gold medal, and would have allowed him to defend his title in Rio.

In March the IAAF instructed the IOC to strip him of his gold medal and, as a Russian, he will not be at Rio.

On Friday Tallent received his 2012 gold medal from John Coates at a ceremony in Melbourne. Tallent said the extension of the ban was important for his sport in Rio.

"It will change the way the races, in my event particularly, are raced. Athletes will now, who probably thought they'd never had a chance before to win a medal, will now believe they've got a chance to win a medal. It's a very positive day for the event. I'm now very much looking forward to racing in Rio with other clean athletes and seeing who's the best out of those guys," Tallent told reporters.

Australian 2016 Olympic team Chef De Mission Kitty Chiller welcomed the decision too but indicated there is still work to do by the IAAF and IOC.

"The steps that have been taken by the IAAF in this instance, by the IOC, to continue absolute zero tolerance to doping is good, it's a positive step. Is it going to be 100 percent clean in Rio? No, it's not going to be but at least steps are being taken now, the retesting of samples. Everything is moving in the right direction," Chiller said.
(Reuters)