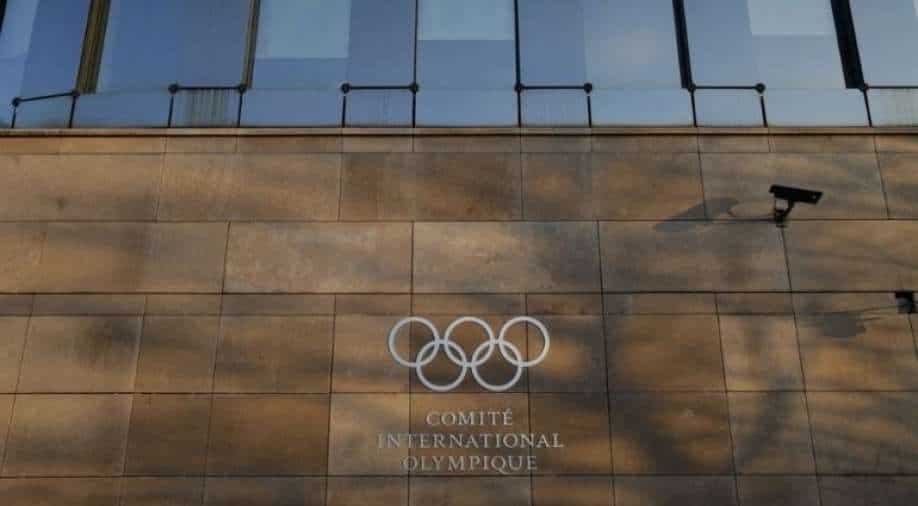 IOC unable to give certainties amid concern for Peng Shuai Photograph:( AFP )

Critics have claimed the IOC is enabling a cover-up by China ahead of the state-backed project to host the Winter Olympics in Beijing in February.

After five weeks of concern about the safety of tennis player Peng Shuai in China, the International Olympic Committee said it cannot give any certainties about her case.

The IOC's two video calls with the Grand Slam doubles champion are the only reported contacts Peng has had with people outside China since Nov. 2 when she sent a social media post alleging she was sexually assaulted by a former top Communist Party official.

Critics have claimed the IOC is enabling a cover-up by China ahead of the state-backed project to host the Winter Olympics in Beijing in February.

The IOC faced more questions about Peng on Tuesday at its first news conference since the Women's Tennis Association, which has been unable to speak to her, suspended all of its tournaments in China.

We can't provide you with absolute certainty on anything, IOC spokesman Mark Adams said on Tuesday.

All we can do is do the best we can in the process that we believe is in the best interests of the well-being of the athlete.

The Olympic body has repeatedly cited its policy of quiet diplomacy as the most likely to succeed with China, whose leader has met and spoken directly with IOC president Thomas Bach since Beijing was picked as host in 2015.

Bach took part in the first video call with Peng, a three-time Olympian, on Nov. 21. The call lasted 30 minutes and also involved IOC members from China and an athlete representative.

The IOC was criticized after both video calls for providing no video footage or transcripts of the conversations, fueling doubts that Peng was able to speak or travel freely.

We can't give assurances and we don't know the full facts, Adams said, pointing to a promise on both sides that Peng and Bach will meet for dinner in Beijing in January.

It's a full road map to at least attempt to keep in touch and to see where she is.

The WTA's stance on China was taken after talking with current and former players and was publicly supported last week by Olympic tennis champion Belinda Bencic.

On social media, the hashtag WhereIsPengShuai has trended and won support from tennis greats such as Serena Williams, Martina Navratilova and Roger Federer.

Asked Tuesday why Peng has not spoken with tennis players or WTA leaders, Adams said: That I obviously cannot answer because I really don't know.

Bach did not take part in the online news conference, but German news agency dpa published an interview with the Olympic leader on Tuesday.

And I can assure you that all aspects of this case are being discussed with the Chinese side, Bach said, noting talks with Chinese sports organizations and official bodies.

The senior IOC member overseeing Beijing's Olympic preparations, Juan Antonio Samaranch, did take questions and said there was a need to be discreet.

We have to respect her desire for discretion also in this very difficult moment of her life. And we will do that,? Samaranch said at the news conference.

The IOC has repeatedly avoided using words referring directly to Peng's allegations, or the possibility she has restricted freedom. Instead, statements after the video calls cited only her situation.