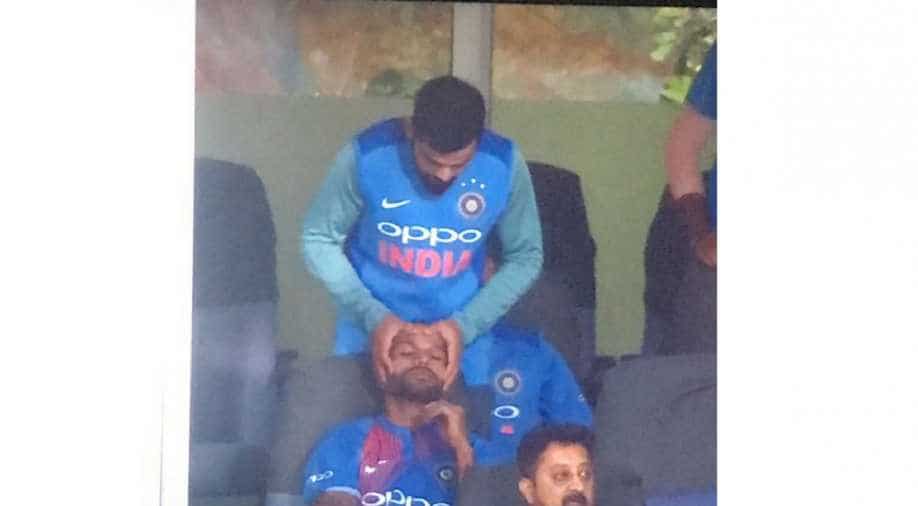 Virat Kohli and Shikhar Dhawan together in the dressing after first innings. Photograph:( Twitter )

Virat Kohli was seen giving head massage to Indian opener Shikhar Dhawan during the final T-20 match against South Africa. The incident occurred in the last over of the first innings when India was batting as South Africa won the toss and chose to bowl. India did not have the expected start as the innings was summarised with a modest total of 172 runs. Virat is not in the playing XI as he suffered an injury in the last match. Rohit Sharma is leading the squad.

Dhawan lost his wicket after scoring 47 runs and it is expected that Virat might be cooling him down in the decider match as both the teams are eyeing to win the final T-20 to claim the trophy.

The three-match series is level at 1-1 after the Men in Blue won the first T20 in Johannesburg by 28 runs.  The Proteas bounced back in Centurion with a six-wicket win.

Let's hope that the 'magical massage' could help Dhawan so that he can perform well in the second innings in terms of fielding.