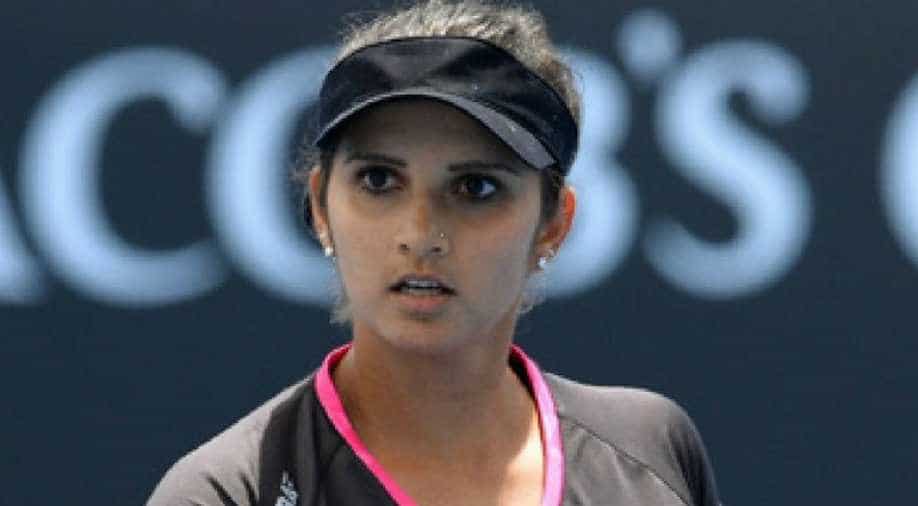 A file photo of Sania Mirza. Photograph:(Twitter)
Follow Us

After rejecting their request twice, the ITF finally intimated AITA on Sunday afternoon that matches have been shifted out of China.

The Indian Fed Cup team on Sunday heaved a sigh of relief after the ITF shifted the Fed Cup matches from the Coronavirus-hit China to Kazakhastan but the side is likely to compete without its senior-most player Sania Mirza, who has aggravated a calf injury.

Concerned for its players' health due to a medical emergency in China, the All India Tennis Association (AITA) had written to the ITF, requesting the world governing body to consider either shifting the venue or postponing the tournament, originally scheduled to be held in Dongguan from February 4.

After rejecting their request twice, the ITF finally intimated AITA on Sunday afternoon that matches have been shifted out of China.

"The ITF has informed us that matches have been shifted to Kazakhstan," AITA Secretary General Hironmoy Chatterjee told PTI.

Chinese President Xi Jinping has warned that the spread of a deadly new virus is accelerating and the country is facing a "grave situation".

The coronavirus has killed at least 56 people and infected almost 2,000 since its discovery in the city of Wuhan.

"I am happy that better sense has prevailed. The health of our players is a priority. I am really relieved. The players were very jittery to travel to China," India's Fed Cup captain Vishal Uppal told PTI.

"Twice, the ITF wrote back to us that the tie will go ahead as planned. It had kept everyone on the team worried. We can play freely now."

India will compete with China, Indonesia, Korea, Chinese Taipei and Uzbekistan in the Asia/Oceania Group I contest.

However, the Indian team is most likely to travel to Kazakhstan without Sania, who was forced to retire mid-way into her women's doubles first round at the Australian Open due to a calf injury.

"We are monitoring. We will decide what to do in a few days," said Sania's father Imran Mirza, who also informed that Sania has been advised two to three weeks' rest due to a tear in her right calf.

Sania, returning to the circuit after a 27-month maternity break, had suffered an injury when she was preparing for her return.

She won the Hobart International with partner Nadiia Kichenok and probably aggravated the injury during her triumphant run.

"If Sania is not in our ranks, it will be a huge loss for us as a team. We want to do well. I have full faith in our players. She had told me that the calf looks bad. Let's see," added Uppal.

Sania had returned to the Indian Fed Cup team after four years.

This Fed Cup holds significance for Sania since not competing will make her ineligible to compete at the upcoming Tokyo Olympics.

For Sania to be eligible to represent India at the Tokyo Games, it is must for her to play in 2020 Fed Cup.

According to ITF regulations, a player to be eligible should be part of the final nominated Davis Cup or Fed Cup team at the time of the draw and present at the tie on a minimum of three (3) occasions during the Olympic Cycle, provided that one of those occasions is in either 2019 or 2020.

Now, Sania has not played Fed Cup since 2016, so even if she competes this year, she does not fulfil the criteria of being present at the tie on three occasions.

"We have asked for her availability. Captain Vishal will speak to all the players. As far as her Olympic eligibility is concerned, the ITF may consider that she was on a maternity break for two years, so she could not play Fed Cup. Let's see," Chatterjee said.