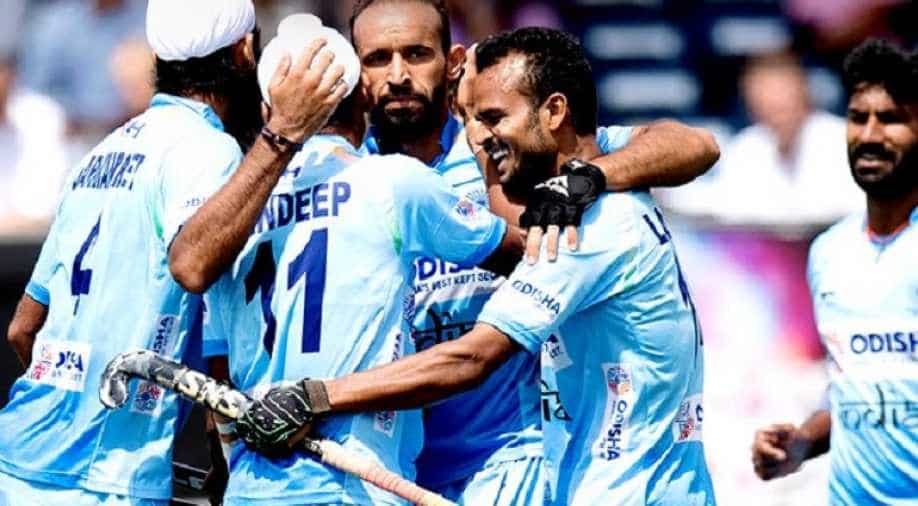 India will lock horns with Pakistan in the in the Asian Hockey Champions Trophy final, after the defending champions eked out a close 3-2 win over Asian Games gold medalist Japan, on Saturday.

The two teams will face off in the final, later in the day. The mouth-watering clash will take place at the Sultan Qaboos Sports Complex in Muscat.

Pakistan beat Malaysia in the semi-final with a penalty shot, making the score 3-1 to set up the summit clash with the 'Men In Blue'.

India defeated Oman, Japan, South Korea and were held to a goalless draw against Malaysia in their previous round-robin fixtures.