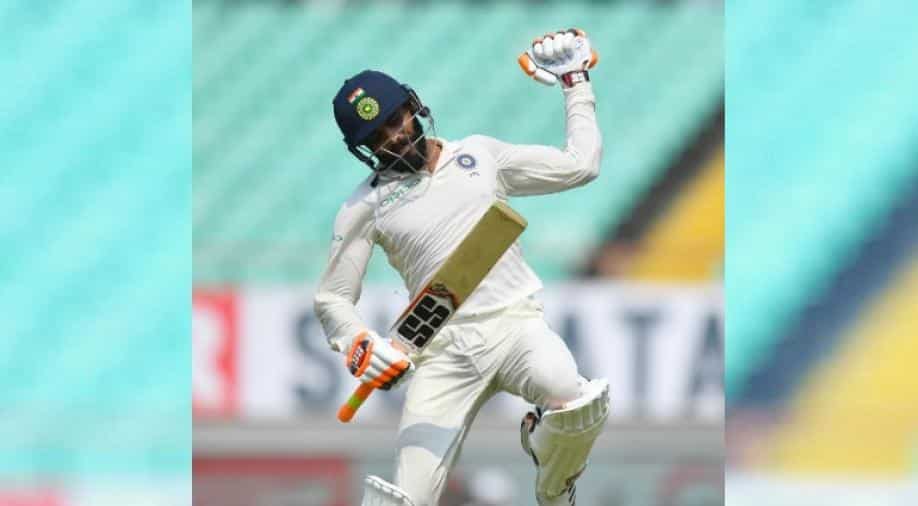 Jadeja made his One-day debut in 2009 against Sri Lanka and Test debut against England in 2012.

The 29-year-old had to wait till his 38th Test to reach three figures, whose previous highest score was 90, scored in a Test match against England in 2016.

Batting alongside with No.11 Mohammad Shami, he experienced the nervous 90s before finally getting to the milestone in final over before tea.

It has been a good last 30 days for the southpaw, who scored a gritty 86 in the final Test in England before making an impressive ODI comeback with the Asia Cup in Dubai.

Jadeja enthralled the sparse crowd at SCA stadium with aerial hits which came mainly off the spinners. He ended up with five boundaries and as many sixes.

The India all-rounder brings up his maiden Test century! 💯

Recently, he proved his mettle in the 2018 Asia Cup triumph and could not have envisaged a better comeback on his return to international limited-overs cricket.

He shrugged off a 14-month absence by taking four wickets against Bangladesh in the final clash.

The 29-year-old is a regular in the Test side, particularly on home soil, but last played a one-dayer against West Indies in July 2017 and had been overlooked for white-ball cricket since.

"During my earlier comebacks the gap was never so long. I will always remember this comeback because I returned to the team after a gap of almost 480 days," Jadeja said after being named man of the match following his 4-29 display.