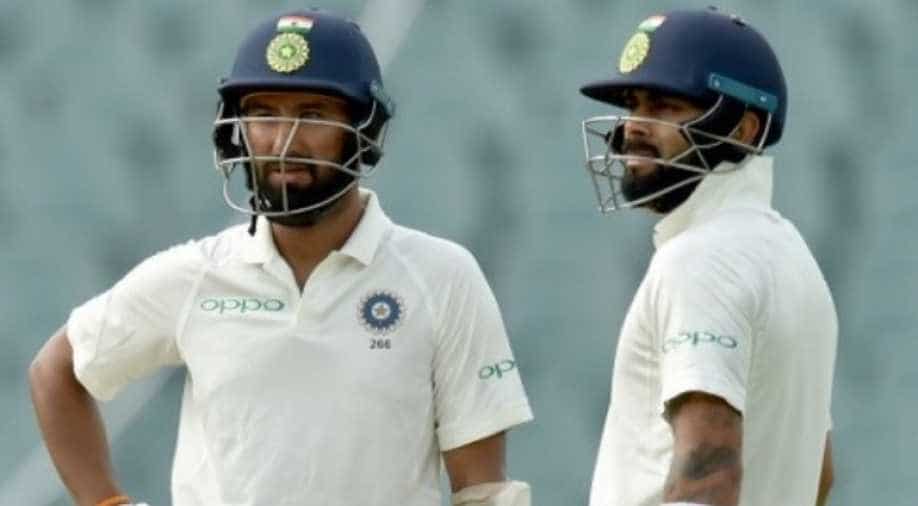 The Indian skipper got to his fifty early on the second day.

Cheteshwar Pujara reached his 17th Test century on Thursday to put India in a dominating position on the second day of the third test match against Australia.

Indian skipper Virat Kohli too reached his half-century and is going strong along with Pujara as the two resumed India's bid to build on. After 115 overs, India's score stands at 271 for the loss of two wickets.

India held the whip-hand at 215 for two at the close of a grinding opening day.

Pujara raised his 21st test half-century to be 68 not out at stumps, while Kohli ended the day on 47.

Opener Mayank Agarwal enjoyed a stellar entry to test cricket, scoring 76 to record the highest ever innings by an India debutant on Australian soil before being dismissed on the last ball before tea.

Kohli won the toss and elected to bat first. With the four-match series poised at 1-1, India's slow but disciplined accumulation left them well-placed to build a big total.