In final US showdown, Phelps narrowly outswims his greatest rival at Olympic trials 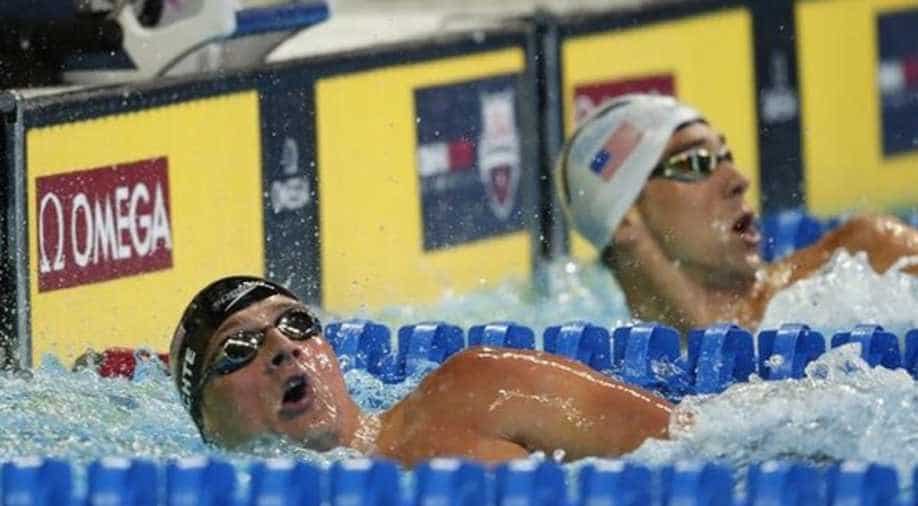 Follow Us
Michael Phelps edged out old foe Ryan Lochte in a pulsating 200 metres individual medley (IM) showdown at the US Olympic trials on Friday, adding another thrilling chapter to the greatest rivalry in swimming.

The race marked the last time Phelps and Lochte will go head-to-head in an American pool but the two swimming giants, who between them have amassed 33 Olympic medals, could clash one final time on the grandest stage of all, at the Rio Olympics in August.

Phelps, who had already qualified for a fifth US Olympic team, held off his hard charging rival to narrowly get to the wall first in one minute 55.91 seconds, the second fastest swim in the event this year.

But on this night, the time did not matter as much as the result. The two swimmers, who have pushed each other to greatness, looked up at the clock at the end before turning their glances to each other and shaking hands.

"Ryan and I always have great races with one another," said Phelps.


The duel in the pool

While there were eight lanes occupied by swimmers all looking to punch their Rio Games tickets, for the soldout crowd at CenturyLink Center this was a match race of the highest order, a duel in the pool between two 31-year-olds who lined up beside each other.

In lane five was Phelps, the winner of a record 22 Olympic medals, who has made the gold medal in the 200 IM his personal property, taking top spot on the podium at the last three Summer Games.

In lane four, Lochte, the winner of 11-Olympic medals and runner-up to Phelps in the 200 IM at the 2004 Athens and 2012 London Games, and the world champion and record holder in the event.

Phelps, who turned 31 on Thursday, as usual went out fast and stayed in front leading after every split bu,t as they turned for home a battling Lochte chased down his rival on the freestyle leg.

Matching each other stroke-for-stroke the crowd of 14,000 now on its feet roaring, Phelps dug a little deeper getting home just 0.31 seconds ahead of his rival.

"I knew going in that this was going to be a dog fight until the end," said Lochte and added, "I love racing against him. It was kind of a little heartbreaking at the end because after we finished, we gave each other a hug and said good job, but we both knew that was probably the last time me and him were going to race each other on US soil".

Skriniar sends Inter back six points clear in Serie A