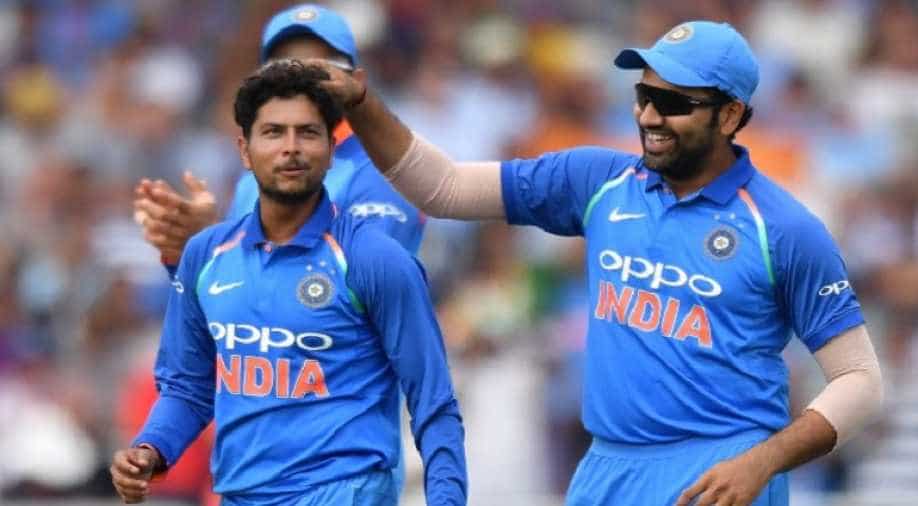 Mohammad Hafeez and Shaheen Afridi made massive gains of 20 spots and 41 spots respectively. Hafeez rose to No.59, while Afridi rose to No.78.

Babar Azam, who recently broke Virat Kohli's international record to became the fastest Indian to score 1000 runs in T20I, clung on to the top spot among batsmen in T20I rankings released on Monday.

For Pakistan, Mohammad Hafeez and Shaheen Afridi made massive gains of 20 spots and 41 spots respectively. Hafeez rose to No.59, while Afridi rose to No.78.

Yadav picked up five wickets in two matches at an economy-rate of 5.6 in India's home series 3-0 win over the current T20 champions.

For India, Bhuvneshwar Kumar and Jasprit Bumrah also made gains. Kumar climbed nine places to No.19, Bumrah rose five spots to No.21 while Yuzvendra Chahal retained his place at No.4.

Yadav jumps 14 places to a career-high No.23 in the bowlers' rankings. Hafeez vaults 16 places to No.53 among batsmen.

Pakistan and India retained their first and second place in the team rankings, collecting two and three points respectively. Pakistan moved to 138 points while India have 127 points.

Meanwhile, Australia will be involved in all four remaining T20Is later this month. They will play South Africa in a one-off match in Carrara on November 17, before taking on India in a three-match series from November 21-25.