'I almost broke my hand': Daniil Medvedev collides with camera in shock loss 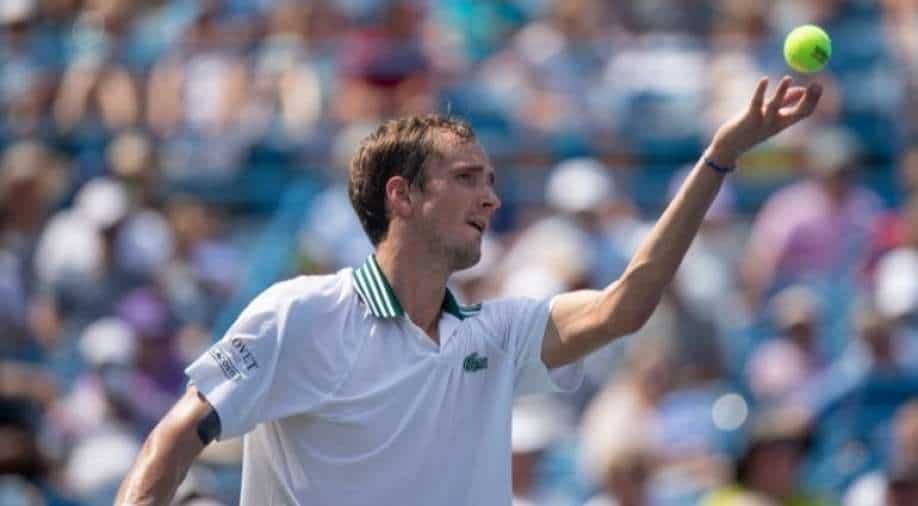 A collision with an on-court camera spelled disaster for world number two Daniil Medvedev, who lost 6-2 3-6 3-6 to fellow Russian Andrey Rublev in their Cincinnati semi-final.

A collision with an on-court camera spelled disaster for world number two Daniil Medvedev, who lost 6-2 3-6 3-6 to fellow Russian Andrey Rublev in their Cincinnati semi-final.

The compatriots were tied 1-1 in the second set when Medvedev crashed into an on-court camera and knocked it to the ground while chasing the ball at the baseline. Medvedev offered his hand to the camera operator as the chair umpire walked over to make sure both were okay.

Medvedev then kicked the camera, telling the umpire, "Take it away. I almost broke my hand," and insisting the camera be moved.

Tournament organisers did not immediately respond to a request for comment. Medvedev, who won the tournament in 2019, did not meet with the media on Saturday.

Medvedev had once appeared untouchable, winning every set en route to a semi-final in which he was the favourite after triumphing in all four of his previous meetings with Rublev.

"It will be better if we have more space on court that allowed us to run everywhere we can, because sometimes (what)happens also to me that I want to hit and I cannot hit because the referee is standing there," Rublev told reporters.