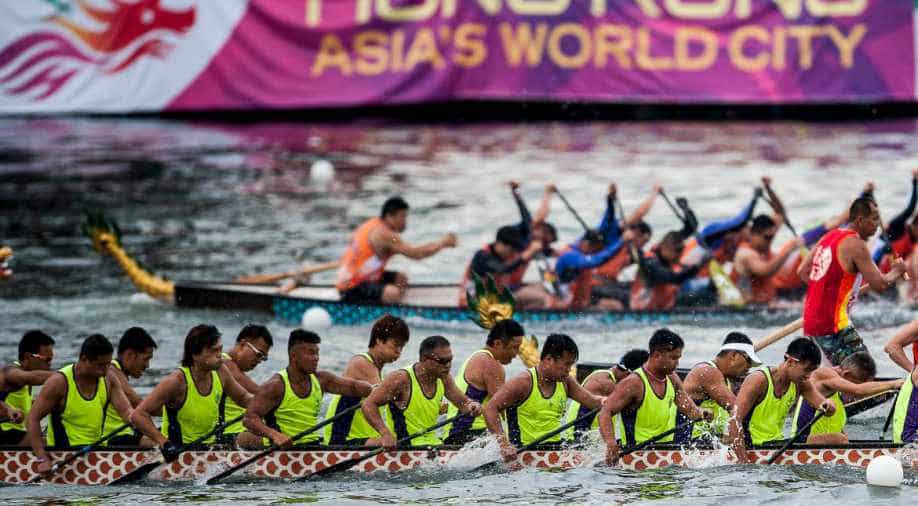 Follow Us
The Hong Kong Dragon Boat Carnival gets bigger and better every year and this June will be no exception as it marks four glorious decades of its international dragon boat races.

Teams from across the globe travel to Hong Kong, the birthplace of modern competitive international dragon boat racing, for the carnival which blends sporting tradition and prowess in a fun and party atmosphere. Over 4,000 dragon-boaters from local districts and countries as far as Canada, New Zealand, the US and Australia will descend on Hong Kong for one of the international city’s flagship sporting events.

The festival of fun involves three days of intense racing during June 10-12. After the heart-stopping dragon boat racing, the excitement will move seamlessly from the water to the beer fest and a new family zone as thousands turn out for the 40th-anniversary celebrations, which underline Hong Kong’s status as Asia’s sporting playground.

For the first time this year all the sporting action, fun, and games will take place in one venue, the historic and inspiring Victoria Harbour and Central Harbourfront, making it easier for paddlers and spectators alike. The San Miguel Beer Fest will be offering visitors welcome refreshments while the new family zone will feature experiential games and interactive activities, including giant inflatables, water boats, and rollers, along with roving entertainment to create an unforgettable carnival vibe.

For the top-performing dragon boat team from the 14 countries/regions competing, there is the inaugural Hong Kong Trophy up for grabs. While staying true to its roots, this year’s Dragon Boat Carnival is a million miles away from the race’s humble beginnings back in 1976 in Shaukeiwan when nine dragon boat crews made up of fishermen competed against a visiting crew from Nagasaki, Japan.

Forty years on, hundreds of thousands of visitors, both local and overseas, are expected to flock to the water extravaganza to appreciate the exciting sport and the authentic culture behind the dragon boat races.