As it happened: Opening ceremony of Hockey World Cup 2018 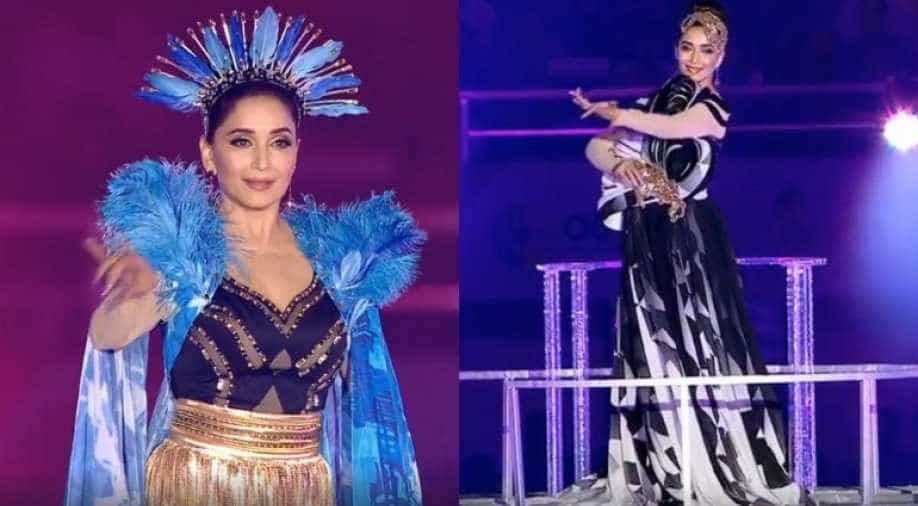 That's all for the day!

With glitz and glamour, the opening ceremony has ended but the mega sporting event will start from tomorrow with two big matches, Belgium vs Canada and India vs South Africa.

Each team plays each other in its group once. The first-place team in each group will advance to the quarter-finals, while the second and third-placed teams in each group go into the crossover matches. From there on a single-elimination tournament will be played which gives the weaker teams a chance to qualify further.

With sparkling fireworks in the sky and amazing performances ahead, the prestigious event has begun.

It's time for the official theme song of the hockey tournament which is composed and produced by music maestro AR Rahman.

To make it best, Rahman has collaborated with Bollywood lyricist Gulzar and the song also features actor Shah Rukh Khan.

Here is the original song:

Bollywood icon Shah Rukh Khan, music composer AR Rahman, and actress Madhuri Dixit are going to be the center of attraction during the much-awaited opening ceremony of the event.

AR Rahman will be performing live, the Hockey World Cup 2018 official song during the ceremony with Shah Rukh Khan accompanying him in the act.

Madhuri Dixit is going to be the lead performer of the ceremony theme song called "Earth Song" in which she will be joined by another 1100 participants. It is with this song that the opening ceremony is slated to begin.

Similarly, all government offices in the state, including those in Bhubaneswar, will function till 1.30 pm, the release added.

The inaugural ceremony will take place today in Bhubaneswar's Kalinga Stadium while the second part, that is the world cup celebration, will be in Barabati Stadium in Cuttack on November 28.

The decision was taken by the organising board due to limited space and high public demand.

As the opening ceremony of #Odisha World Cup Men’s Hockey 2018, unfolds with an artistic spectacle combining international sporting, India’s culture and the fervour of #Odisha’s heritage woven together with vibrant storytelling, imagery and music. #OdishaHockeyWCInauguration pic.twitter.com/2WezSlhx0V

The 2018 Men's Hockey World Cup will be the 14th edition of the Hockey World Cup field hockey tournament. It is scheduled to be held from 28 November to 16 December 2018, at the Kalinga Hockey Stadium in Bhubaneswar, Odisha.

It is considered as the most important tournament in field hockey after Olympics which is organised after every four years.

The best teams around the world showcase their skills on the field during the World Cup to clinch the coveted trophy.

Till the previous edition, 12 qualifying nations used to participate but according to the new qualification process, which was announced in July 2015 by the International Hockey Federation, now 16 teams can participate.