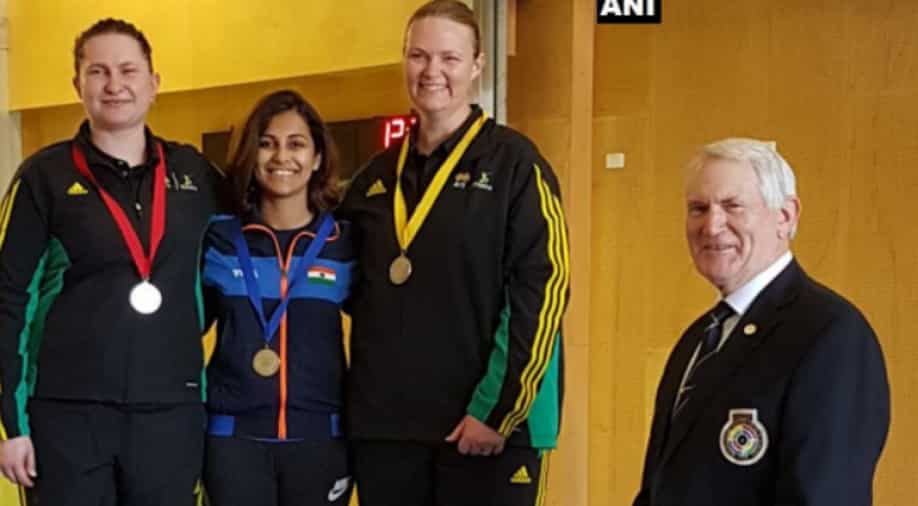 Heena poses for a photograph after her victory. Photograph:( ANI )

Heena shot a score of 240.8 in the finals to beat Australia's Elena Galiabovitch, who has to settle for silver after posting 238.2.

Kristy Gillman of Australia picked up the bronze medal with a score of 213.7.

Meanwhile, India picked up their second medal through Deepak Kumar as he won bronze in men's 10m Air Rifle event.

Earlier, Heena and Jitu Rai joined forces to give India their first gold medal of the International Shooting Sport Federation (ISSF) World Cup Final as the duo clinched the top honours in the 10m Air Pistol mixed team event on the opening day of competitions at the Dr Karni Singh Shooting Range in New Delhi.

US to declare diplomatic boycott of Beijing Olympics: CNN