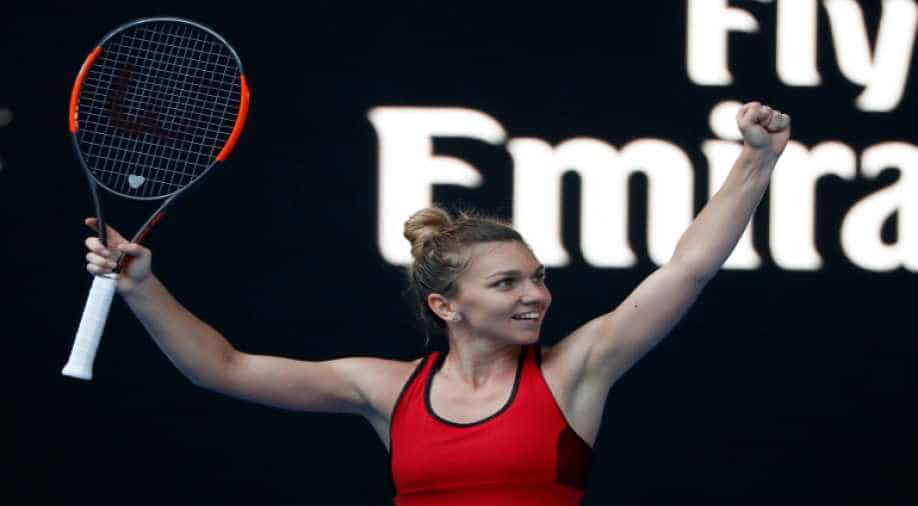 World number one Simona Halep of Romania quelled a tenacious Angelique Kerber fightback and saved two match points to reach her first Australian Open final with a 6-3 4-6 9-7 victory in a compelling scrap on Rod Laver Arena on Thursday (January 25).

A wildly unpredictable match veered one way, then the other, before Halep finally broke the German's resistance to claim victory on her fourth match point when her exhausted opponent fired a backhand over the baseline.

When Halep won the first five games it seemed the expected battle royal between two of the game's most ferocious competitors would turn into a damp squib.

But Kerber roared back and had two match points at 6-5 in a brutal deciding set before Halep turned it around with some brave hitting to seal victory in two hours and 20 minutes.

The 26-year-old plays Dane Caroline Wozniacki in Saturday's (January 27) final when both players will be gunning for their first grand slam title and the world number one ranking.