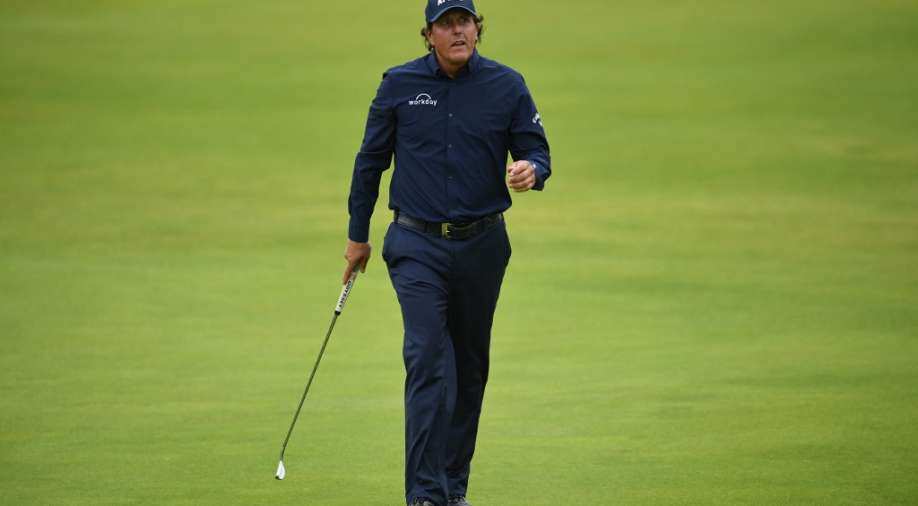 The age-defying American took the $2.1 million (1.7 million euro) top prize with a stunning shotmaking display on the windy Ocean Course.

Mickelson delivered a win for the ages by firing a final-round one-over par 73 to finish 72 holes on 6-under par 282 with four-time major winner Brooks Koepka and South African Louis Oosthuizen second on 284.

A surreal scene at the 18th hole saw spectators surround the green and chanting "Lefty" as he two-putted for par to complete a record-breaking victory for the ages.