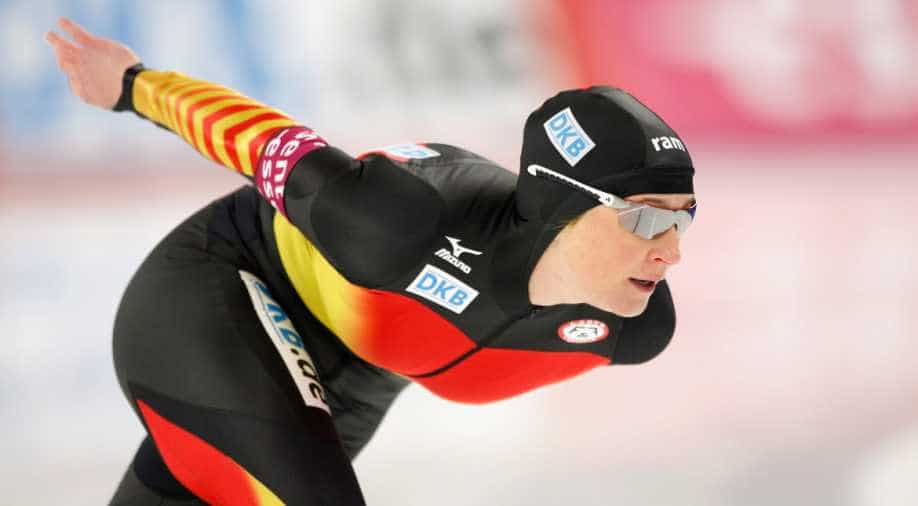 Claudia Pechstein of Germany competes in the women's 1500m Division A race during day two of the Essent ISU World Cup Speed Skating on December 7, 2013 in Berlin, Germany. Photograph:( Getty )

Follow Us
Olympic skating champion Claudia Pechstein's claim damages against the International Skating Union (ISU) over a doping ban was ruled as inadmissible by a German court today. This dealt her years-long effort for compensation a crushing blow.

The Federal Court of Justice decided the domestic courts should not hear her case after the Court of Arbitration for Sport (CAS), considered the highest sports tribunal, had rejected Pechstein's appeal over her ban.

The five-time Olympic champion was seeking more than 4 million euros in damages from the ISU after it banned her for two years in 2009 over irregular blood results, although the German never failed a drugs test.

She insisted, providing extensive scientific data, that she had a hereditary blood condition that her father also had.

Her case had been seen as a litmus test, with a win potentially triggering a flood of doping cases being challenged in domestic courts around the world and eroding the position of CAS. She vowed to fight on at the Constitutional Court.

The Federal Court, Germany's highest for civil and criminal jurisdiction, said an arbitration agreement between her and the ISU at the time she had tested positive, which ruled out taking the case to a domestic court, was valid.

"The anti-trust division of the Federal Court of Justice did not follow the argumentation of the plaintiff," it said in a statement. "It decides that her suit is inadmissible as it is opposed by the defence of the arbitration agreement."

The CAS rejected her appeal as did the Swiss Federal Tribunal. However, a Munich court said in 2015 that it would allow the 44-year-old skater to go ahead with a lawsuit.

The skater said she would now take the case to the next stage, the Federal Constitutional Court.

"Despite this verdict I am not considering giving up," she wrote on her website. "The battle for justice will be continued at the Federal Constitutional Court."

The athlete has said she wants to compete at the 2018 winter Olympics in Pyeongchang in what would be her seventh Games.