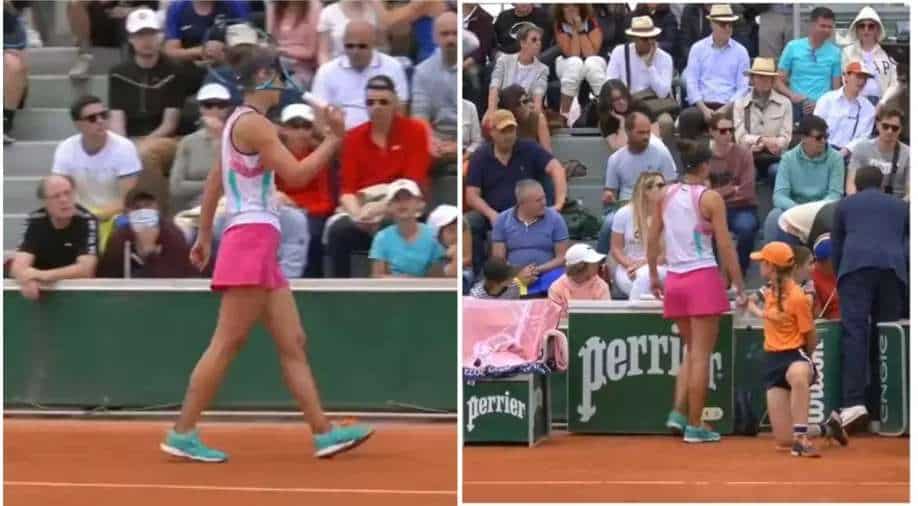 As the boy started crying, the tournament referee had to join in to cool things down between his parents and Begu. The world no. 63 had taken the child in her arms after her act. Here's the video -

French Open 2022 edition has kept the tennis fans engaged across the globe with plenty happening on and off the court at regular intervals. On Thursday (May 26), Romania's Irina-Camelia Begu made heads turn for all the wrong reasons during her second-round match, where she locked horns with Russia's Ekaterina Alexandrova. In frustration, Irina had thrown her racquet into the crowd, which hit a child's face. Thus, she issued an apology and play was delayed for five minutes due to the incident.

"It's an embarrassing moment for me, so I don't want to talk too much about it. I just want to apologise," reported news agency AFP quoting Begu as saying. The world no. 63 further added that she felt bad for what she did. "My whole career I didn't do something like this, and I feel really bad and sorry. So I'm just going to say again, sorry for the incident and it was just an embarrassing moment for me," Begu added.

Here's the video of the unfortunate incident:

Irina-Camelia Begu just bounced her racket into the crowd, supervisor has been called. pic.twitter.com/EiIBNDAH2I

The 31-year-old Romanian player had thrown her racquet at her chair. However, it bounced and hit the young kid who sat close to umpire Anis Ressaissi's chair. As the boy started crying, the tournament referee had to join in to cool things down between his parents and Begu. The world no. 63 had taken the child in her arms after the entire episode.

Post the incident, Begu was only given a warning and not defaulted with the tournament. "It was a difficult moment. You hit the clay with the racquet, but you never expect to fly that much," reported the news agency quoting the Romanian player as saying.