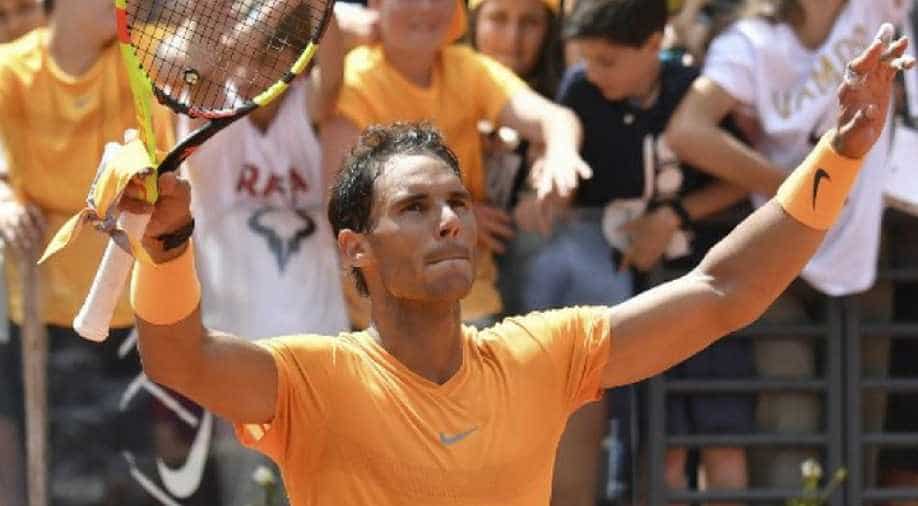 Nadal eased past his Italian opponent 6-4 6-3 7-6 (9) to kick-start the defence of his Roland Garros title.

Adverse weather in Paris forced the postponement to the match that started on Monday, with Nadal three games behind in the third set.

He quickly levelled the third set when play resumed on Tuesday, although the Spaniard was forced into a tie-break where he saved four set points.