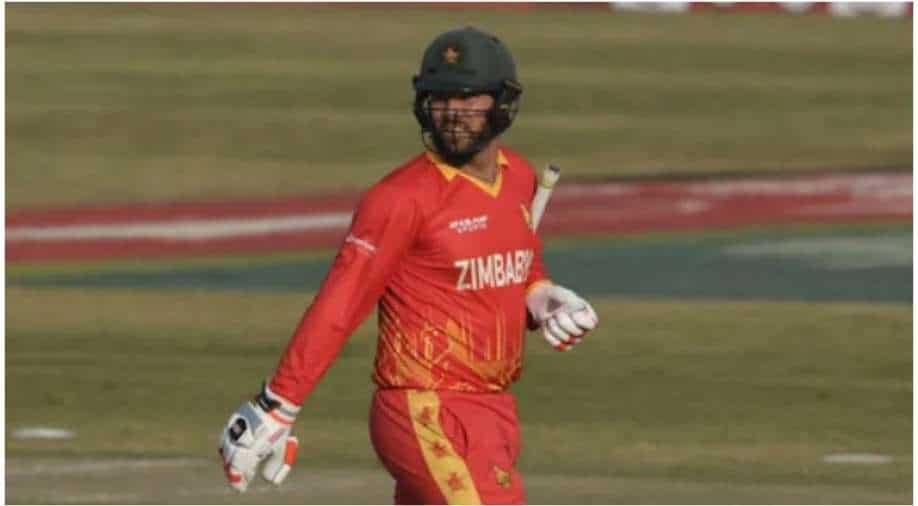 Brendan Taylor represented Zimbabwe in 284 international matches between 2004 and 2021, scoring 9,938 runs with 17 centuries.

Former Zimbabwe captain Brendan Taylor has been banned from all forms of cricket for three and a half years after he accepted breaching four charges of the ICC Anti-Corruption Code and, separately, one charge of the ICC Anti-Doping Code. Taylor represented Zimbabwe in 284 international matches between 2004 and 2021, scoring 9,938 runs with 17 centuries.

Taylor admitted to being in breach of the following provisions of the ICC Anti-Corruption Code: Article 2.4.2 - Failing to disclose (without unnecessary delay) the receipt of any gift, payment, hospitality or other benefits that (a) the participant knew or should have known was given to them to procure a breach of the Code or (b) that was made or given in circumstances that could bring the participant or the sport of cricket into disrepute. Article 2.4.3 - Failing to disclose to the ACU (without unnecessary delay) receipt of gifts/hospitality with a value of US$750 or more regardless of the circumstances in which they were given. Article 2.4.4 - Failing to disclose to the ACU (without unnecessary delay) full details of the approach received to engage in corrupt conduct under the Code including in relation to Zimbabwe`s then-upcoming series against Sri Lanka and/or Bangladesh.

Article 2.4.7 - obstructing or delaying an ACU investigation, including concealing, tampering with or destroying any documentation or other information that may be relevant to that investigation and/or that may be evidence of or may lead to the discovery of evidence of corrupt conduct under the ICC Anti-Corruption Code. Taylor chose to admit the charges under the provisions of the ICC Anti-Corruption Code and agreed to a sanction with the ICC in lieu of an Anti-Corruption Tribunal hearing. His violation under the ICC Anti-Doping Code, which is separate and independent of the anti-corruption charges, resulted from an In-Competition test conducted on September 8, 2021, following Zimbabwe`s match against Ireland. Taylor tested positive for the stimulant Benzoylecognine, a cocaine metabolite, which is specified as a Substance of Abuse under the Code.

Taylor has accepted a one-month period of ineligibility for the violation under Article 2.1 - the minimum allowed under the Code. Taylor`s period of ineligibility was reduced to one month because he was able to establish that he had ingested the substance out of competition, that it was unrelated to sports performance, and because he is currently undergoing a rehabilitation treatment programme. This one-month suspension will run concurrently with the suspension of three and a half years under the ICC Anti-Corruption Code. Taylor will be free to resume his involvement in the game on July 28, 2025.Alex Marshall, ICC General Manager - Integrity Unit in a statement said: "Brendan is a former international captain who represented Zimbabwe for 17 years. Over such a long career, he participated in numerous anti-corruption and anti-doping education sessions and knew exactly what his obligations were under the ICC Anti-Corruption and Anti-Doping Codes.

"It is disappointing that a player of his experience chose not to fulfil those obligations, however, he has accepted all charges, which has been reflected in the sanction. I would echo Brendan`s message to other players to report approaches as soon as they happen so any corrupt activity can be disrupted at the earliest possible opportunity. We wish Brendan well in his rehabilitation," Marshall added.